Emily Sage is a Charlotte-based, Independent Singer/Songwriter with strong leanings in jazz and soul. Her romantic and lullaby-like songwriting style is largely influenced by her time spent growing up in Portugal.

In the summer of 2018 Sage started an intimate concert series called CLT Loft Sessions. She invited local independent artists to perform their own sets at those concerts as well. After the first Loft Session, every event since has sold out and her name as well as Loft Sessions is gaining recognition in Charlotte and surrounding cities.

Sage has been asked to perform at many concert events locally and nationwide such as Sofar Sounds, the Charlotte Women’s March, US National Whitewater Center, The Jazz Room, and the Knight Theatre. Emily’s music has also been featured on NPR, WFAE’s Amplifier, DEF | CLT, Charlotte Agenda, and the Queen City Nerve. In QC Nerve’s “Best in The Nest,” Emily Sage was named Critic’s Pick Best Singer/Songwriter of 2019.

The music video to her most recent single, Cold Moon By The Sea, was recently awarded Best Cinematography by Venice Shorts. Sage’s debut single, “Nearer To You,” co-produced by Dylan Byrnes and Grammy-award winning producer and songwriter Swagg R’Cellious, was released in March of 2019 and is available on all digital streaming platforms. Emily Sage is currently in the studio working on new solo music with her producers as well as some collaborations with Emmy Award-winning composer and producer, Jason Hausman. 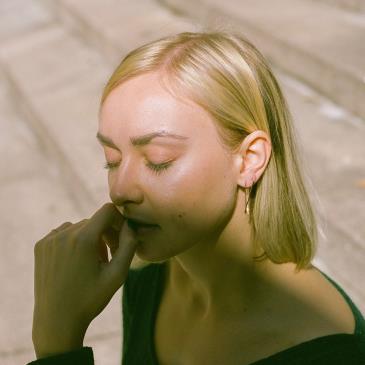