Formed in the South Bronx in 1978 ESG blazed an unparalleled trail as innovators and trend makers in the already boundary-dissolving scene of early 80s NY. Through a series of incredible EPs and LPs they pushed the limits of sonic invention, fun and expectations, as they rose to the forefront of a post-punk and new wave scene that was predominantly dominated by male artists.

They have been called "Too far ahead of their time" and creators of an "Otherworldly sound" by the New York Times and their list of devotees runs far and wide through the gamut of modern indie and dance music. Their songs have been sampled by hundreds of artists including Public Enemy, the Beastie Boys, N.W.A., Big Daddy Kane, EPMD, Liars, DJ Qbert, DJ Shadow, Girl Talk, and Nine Inch Nails, and they remain unique in their equal influence on the formative Bronx hip-hop scene and post punk / indie scene. They played at both the opening of the Hacienda and the close of the Paradise Garage and now we are proud to bring them to the Great American Music Hall on December 9th 2021.

Their live shows are the stuff of myth and legend, bringing high levels of dance energy and passion to minimal urgent bass lines and wild poly rhythms. Now in their fifth decade as a band, ESG have to be seen and heard to be believed. If you've got ears you've got to listen, and do your feet a favor and let them dance the night away in the company of these icons of female dance punk mayhem. 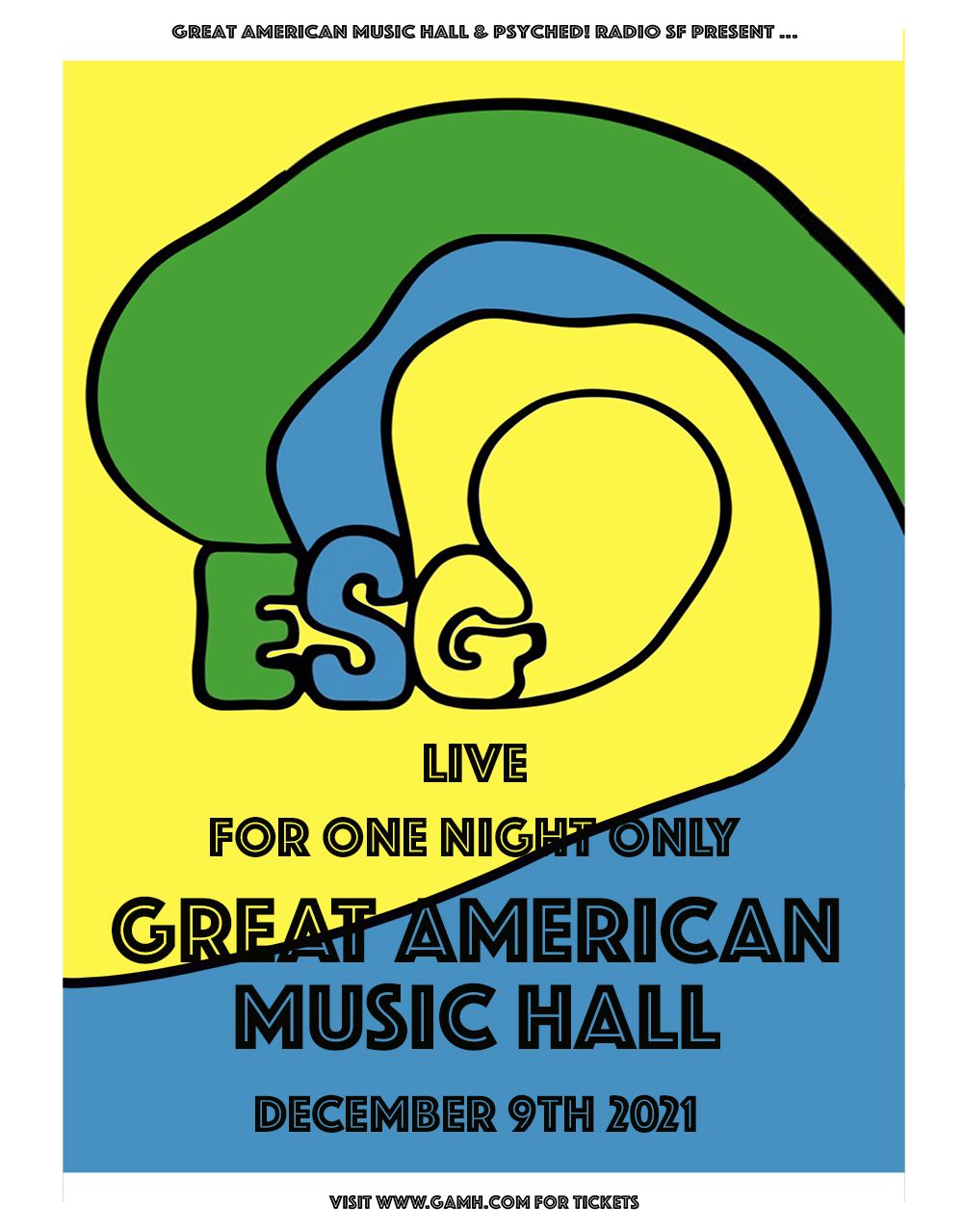