Elder is a genre-pushing rock band that melds heavy psychedelic sounds with progressive elements and evocative soundscapes. Formed in a small coastal town in Massachusetts in the mid aughts, the band has reinvented their sound over the course of five albums to grow from a stalwart of the stoner/doom scene into one of the most unique voices in the rock underground. Their long-scale compositions unfold as journeys, running the gamut of styles from the 70’s to the present within a single song with a penchant for “sheer gatefold-era grandeur” (Rolling Stone).

By continuing to incorporate new elements to their sound, Elder’s output has repeatedly set benchmarks for their peers. Beginning with 2008’s Elder and 2010’s Dead Roots Stirring, Elder made ripples in the stoner rock scene with their uniquely melodic approach to the genre. In 2015 they surprised again with Lore, a watershed moment in the band’s career (recently crowned “Album of the Decade” by The Obelisk) which brought in elements of post-, prog- and space rock into the Elder sound. Despite several years of heavy touring surrounding the album, Reflections of a Floating World was released just two years later, earning a spot at the top of many best-of lists including Rolling Stone (#5, 20 Best Metal Albums Of 2017), Stereogum and others.

About Ruby The Hatchet

Forming after a series of basement practices in New Jersey circa 2011 before relocating to Philadelphia, psychedelic quintet Ruby the Hatchet brought together doomy, evil hard rock with occult-flavored psychedelia for a witchy brew of dazzled and ominous wild rock sounds. The band featured guitarist Johnny Scarps, drummer Owen Stewart, bassist Mike Parise, and keyboard player Sean Hur, and was trademarked by the howling, dynamic vocals of Jillian Taylor. In addition to constant gigging, the band had a prolific recording schedule as well, releasing a self-titled EP in 2011 and their debut full-length Ouroboros the next year. In 2014 they released several versions of a single entitled The Eliminator, including a limited-edition release packaged in a wooden box filled with random ephemera. All of this made way for the band's 2015 effort Valley of the Snake, a deeper dive into the band's increasingly gritty stoner rock-influenced sound. Two years later they dropped Planetary Space Child via Teepee Records. 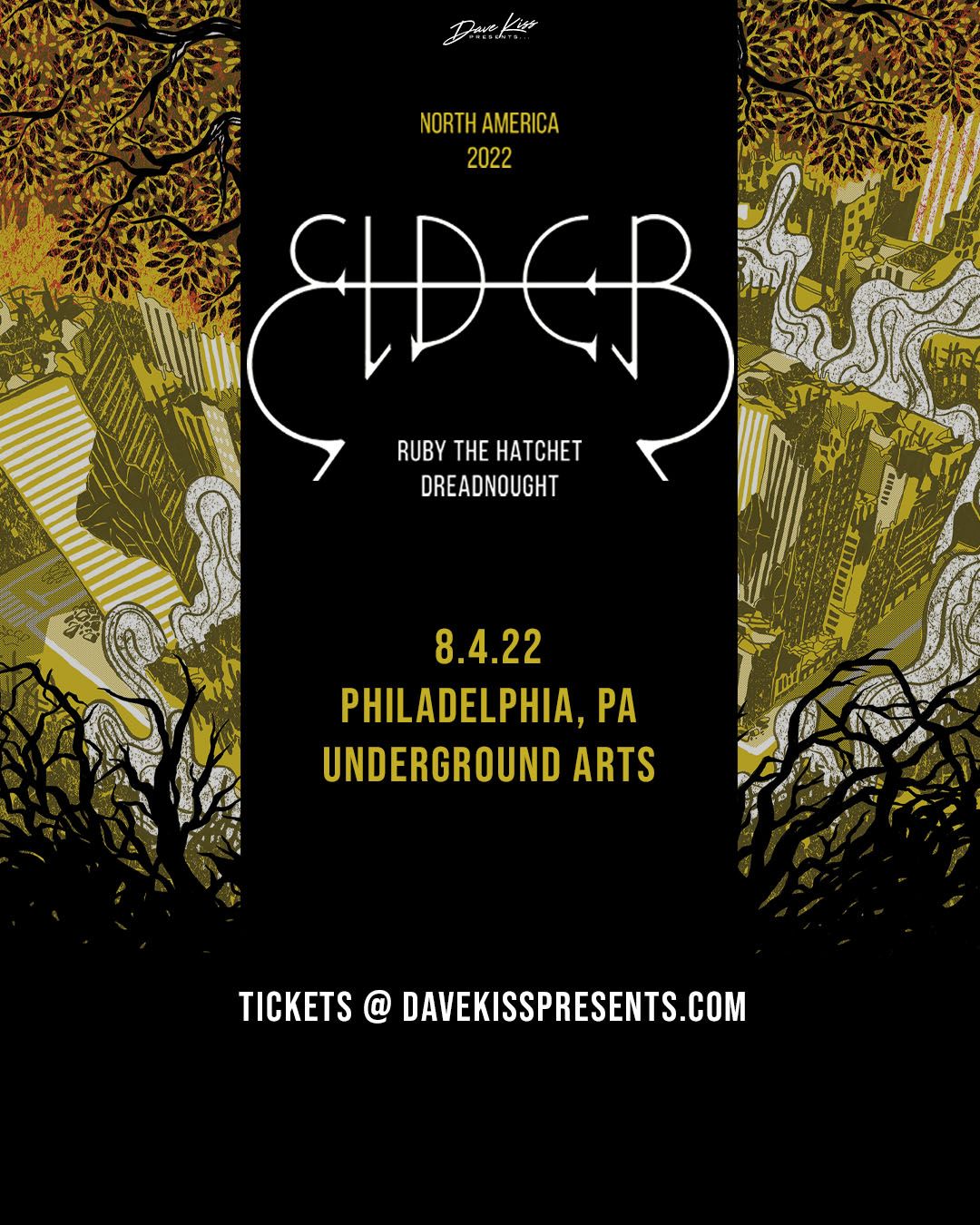