Joshua Christian Childress is a jazz saxophonist from Los Angeles, California. His musical journey started in the 3rd grade when he first started playing the clarinet. Joshua has led, performed and received multiple awards throughout his younger educational years. In high school, Joshua had received the Woody Herman Jazz Award after competing throughout many jazz competitions. He was also the lead clarinet player of the wind ensemble. Joshua has also played in Jazz America hosted by Richard Simon. He has participated in Grammy Saxophonist Bob Mintzer’s master class. Joshua now has received his B.A. Commercial Music Degree. Joshua has received the honor of playing for Converse, DiscoverLA, and Kelly Rowland to name a few. Joshua is not only a profound performer and teacher but a music producer and now producing his own music and has released an album entitled "Let's Go There!". You can find Joshua performing throughout Los Angeles and recording in the studio for his own albums and for other people’s albums as well. 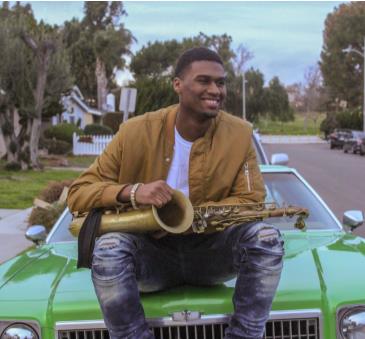