Enuff Z’nuff has continually recorded and toured throughout their career of more than 20 years, releasing 12 studio albums and a total of 19 CDs to date. The band's first single, "Fingers On It," received some minor recognition when it was featured in the 1986 cult movie Henry: Portrait of a Serial Killer. Their songs have been recorded by several other musicians, some of which include Paul Gilbert, The Wildhearts, and Nelson. The band has a cult fan-base around the world which includes radio personality Howard Stern. 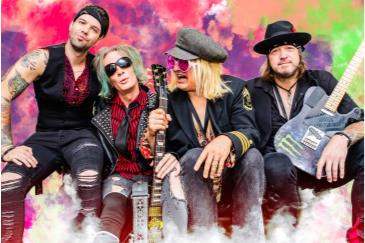