Eryn Martin makes music from the very fringe of pop, conjuring bangers from hip-hop beats, samba drums or any other sound that happens to evoke an emotional response. The Canadian newcomer then runs the concoction through a melodic filter that is very much her own. It isn't so much about the outcome as it is the journey. Which imbues songs like "Blonde" and "Namesez" with a thrilling unpredictability.

After all, the 23-year-old has been making up the rules as she goes along. "I started writing songs when I was six," Eryn remembers. "I had a cheap little acoustic guitar that I didn't know how to play." She caught the music bug from her dad. "He was into hip hop and R&B. He played Timbaland and Missy Elliott for me, and that's where everything started." By high school, the breakout star had discovered GarageBand and weed.

"I was a big smoker, so I would get high in my room by myself and play GarageBand," the Toronto native recalls. "I just started putting my voice over ASAP Rocky songs and Clams Casino beats. I thought it was just really cool to hear a female harmony over that." What started as a hobby quickly became something much more when one of her friends posted one of her songs on SoundCloud.

"A friend of mine put it on the Internet," she laughs. "I was always too shy. Emboldened by the positive reaction from friends and online well-wishers, Eryn soon ventured beyond borrowed hip-hop beats. The accidental artist soon realized her sound couldn't be pigeonholed. Production-wise anything goes. The only common thread is her innate ability to bring pop melodies into the mix.

Eryn's big break came when "Ball," a response to the bragging endemic to hip-hop, went viral in 2019. Instead of riding the momentum, she pressed pause. "I realized that I was still very young, very new to this whole industry. I needed to sit down and take the time to get better. When I eventually went into label meetings, I wanted to have a good portfolio of songs that showed exactly what I can do."

It was a tactic that paid dividends. When Eryn relaunched with "Blonde" earlier this year, the growth was apparent. The sound was as wild as ever, but she had a lot more to say. "It's a fuck-you song," the rule-breaker admits. "I'm naturally brunette, but I dye my hair blonde and people have preconceptions about it. They are dismissive until they get to know me." Eryn tapped into that frustration and came up with an anthem.

Eryn then followed up "Blonde" with "Namesez" -- a banger about her refusal to play the industry game. "It's a play on words," she explains. "It's about the names and categories that people want to stick you in. But fuck it, I'm going to do whatever I want." Rather than following trends, the direction of Eryn's music is more likely to be a result of what she's smoking. "Weed plays a huge role in my art," she admits.

"Blonde" and "Namesez" were originally going to be part of an EP, but the rising star decided to just release singles when COVID-19 hit. However, there is still a larger body of work on the way. "I've been making so much music, I feel like I have two or three full albums worth. There are two more singles coming and then an EP." Just don't expect Eryn to repeat herself. "I'm going to keep you guessing," she promises.

In some ways lockdown has only heightened Eryn's creativity. As a largely DIY artist, the restrictions that stifle others are nothing new to her. "I'm set up at my home in my closet recording studio, which I love. I feel that's where I actually do my best work. You just get to mess up and be silly and goofy on the microphone. That's where you get to be yourself and no one's going to judge you. That's when good things happen."

As with most stoners, she is philosophical about the challenges of launching a music career in 2020. "I just smoke a joint and I'm like, 'Everything happens for a reason.' It is what it is and work with what you have. This year has been almost a blessing in disguise for me because I can put out music from home and continue to be creative." And yes, she's still using GarageBand.﻿ 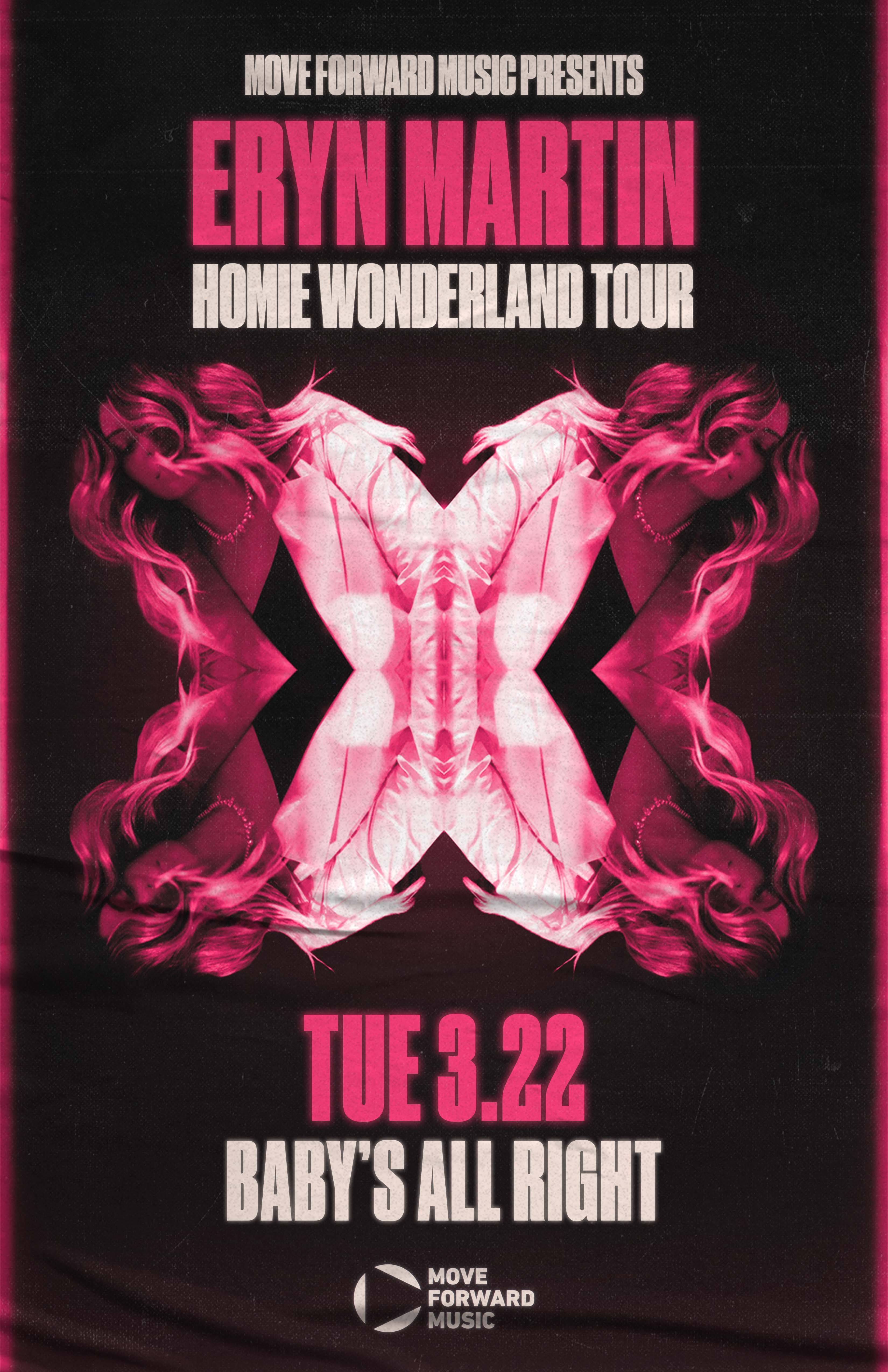