Eva Rawlings' songs paint a picture of how every woman should feel: confident, powerful, fearless. The pop/RnB artist was born and raised in South Burlington, VT and now studies songwriting at Berklee College of Music. Making baddie anthems, she blends genres by incorporating trap production & hip hop flow into her catchy melodies and you can't help but feel empowered when you listen to her.

Charlie Mayne is a west coast native from Los Angeles California. Not only does his swag alone say west coast but his music and art does as well. GFUNK, rap and RnB are just some of the many talents that this man presents! Definitely be on the lookout for this man in the future to come.

David Chief has been DJing, producing beats, and planning events in Burlington, VT since 2014. Through his music, he has gained over 10 million streams, and shared the stage with artists such as Talib Kweli, Waka Flocka, and most recently SSGKobe.

Rivan Calderin, aka Rivan C., is a rapper, a singer, and a poet. Growing up the son of a DJ exposed him to a number of genres of music, all of which play a direct role in his songwriting process and his personal beliefs. “Old-school” artists such as A Tribe Called Quest, Nas, and KRS-One have made a large impact on Rivan’s lyrical ability, while “new-school” musicians such as Aminé and BROCKHAMPTON inspire Rivan to take contemporary advances in his rhythm and flow. Timeless singers like Sade and Erykah Badu influenced Rivan to incorporate dreamy hooks and choruses into his songs. All of these artists and many, many more inspire Rivan C. to create music that yearns to be heard in today’s day and age.

Tyler Serrani, a student at Castelton & is a new artist on the scene, writes and produces upbeat, pop-rock. He won the "College Artist Contest" and got to open for SSGKobe and North Ave Jax in the Higher Ground Ballroom this past April. He continues to put on shows since then with other Castleton artists, pulling a good crowd every time. 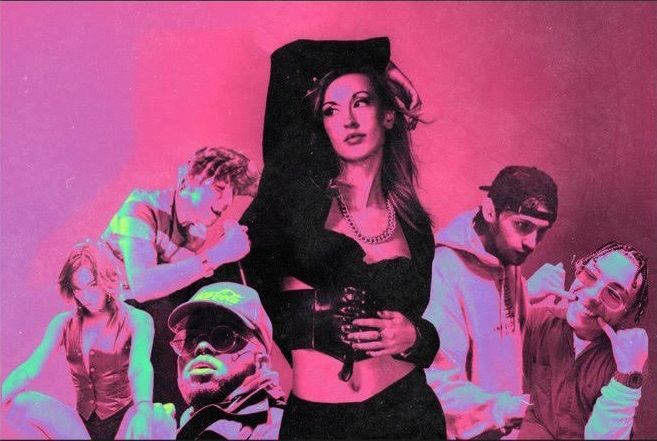