As a solo artist and one-third of Dilated Peoples, Evidence has established himself as one of hip-hop’s most accomplished rappers and producers, working with The Alchemist, Beastie Boys, DJ Premier, WestsideGunn, Linkin Park, Prodigy, Rapsody, Aloe Blacc, Action Bronson, and Rhymesayers labelmates Slug (of Atmosphere), Sa-Roc and Aesop Rock, among others. He’s also earned a Grammy Award for co-production on Kanye’s College Dropout and two JUNO Awards for his work with Canadian hip-hop group Swollen Members. In addition to 3 solo albums and 1 solo EP, he has also recorded and released five albums together with Rakaa Iriscience and DJ Babu (as Dilated Peoples), and one album with The Alchemist (as Step Brothers). Evidence released his 4th solo album, Unlearning Vol 1 on June 25th, 2021.

Unlearning Vol. 1 pairs Evidence’s own production with works from The Alchemist, Nottz, Sebb Bash, Animoss, Mr. Green, V Don, Daringer, Khrysis and EARDRUM (QThree). This highlights perhaps an undervalued skill of Ev’s—his ability to collaborate with a multitude of producers on a project, while still creating an album with a cohesion and consistency rarely found in such extensive collaboration. While the album’s musical soundscape sets the scene, it’s Ev’s gift for relatable yet inventively clever writing that really paints the picture, continually pulling the listener in. That said, a small but powerful cast of guest appearances also decorate the landscape, courtesy of stellar performances from Boldy James, Conway The Machine, Fly Anakin, Navy Blue, and Murkage Dave.

Unlearning Vol. 1 embodies the sound and feeling of pure artistic expression, capturing a moment in time where marketability, album sales & streaming potential, and the desire to please anyone other than the artist themselves, are all just an afterthought. As one could expect, such freedoms allowed Evidence to tap into something special that sounds engaging and unique, and also remains true to his foundation. In essence, Unlearning Vol. 1 finds Evidence at yet another creative peak, creating a listening experience poised to catch the attention of new listeners while strengthening his core fanbase. 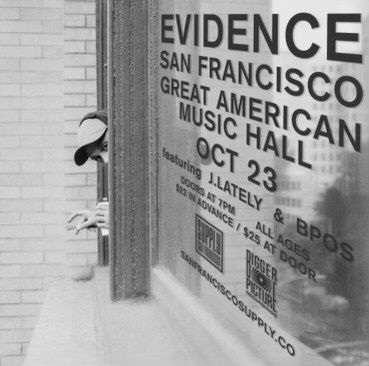