San Jose’s EXHUMED​ have blazed a path for modern-sensible old-school death metal since the band’s 1991 formation, when the band’s founder and sole remaining member Matt Harvey was a tender 15 years old. EXHUMED​ spent much of the ensuing decade hacking their way through numerous line-ups, demos, split CDs, and EPs. In 1998, the band finally released their debut album, the genre-(re)defining and critic-repulsing Gore Metal. The album crystallized the sound forged with their l994 demo (old-school death metal meets full-on grindcore with the spirit of thrash) and first split CD (Horrific Expulsion of Gore and 1996’s In the Name of Gore respectively); the band envisioned the three releases as a trilogy of sorts.

EXHUMED ​then released their barbaric sophomore record Slaughtercult in 2001 and 2003’s more sophisticated Anatomy is Destiny before taking time away from the scene. The band returned in 2011 for their comeback album All Guts, No Glory. After a grueling tour schedule, EXHUMED ​released their fifth album, Necrocracy in 2013, as well recording a split with Relapse label-mates Iron Reagan in 2014 and re-recording their 1998 classic debut album, which was released Gore Metal: A Necrospective.

Now in 2017, EXHUMED ​return with their 6th full-length and tread into ambitious new territory with their first concept album. Lock the mausoleum doors and chain up the cemetery gates, Death Revenge is a musical melodrama in thirteen parts based on shocking true events. Death Revenge takes place in the late 1820s in Edinburgh, Scotland and tells the macabre tale of a series of brutal murders where the victims' cadavers were sold to anatomists, amid a grisly underground trade of grave-robbery. Recorded with producer Jarrett Pritchard (Goatwhore, Hate Eternal, Gruesome), Death Revenge takes the band's signature gore-drenched, death metal mayhem to theatrical and ghastly new depths. 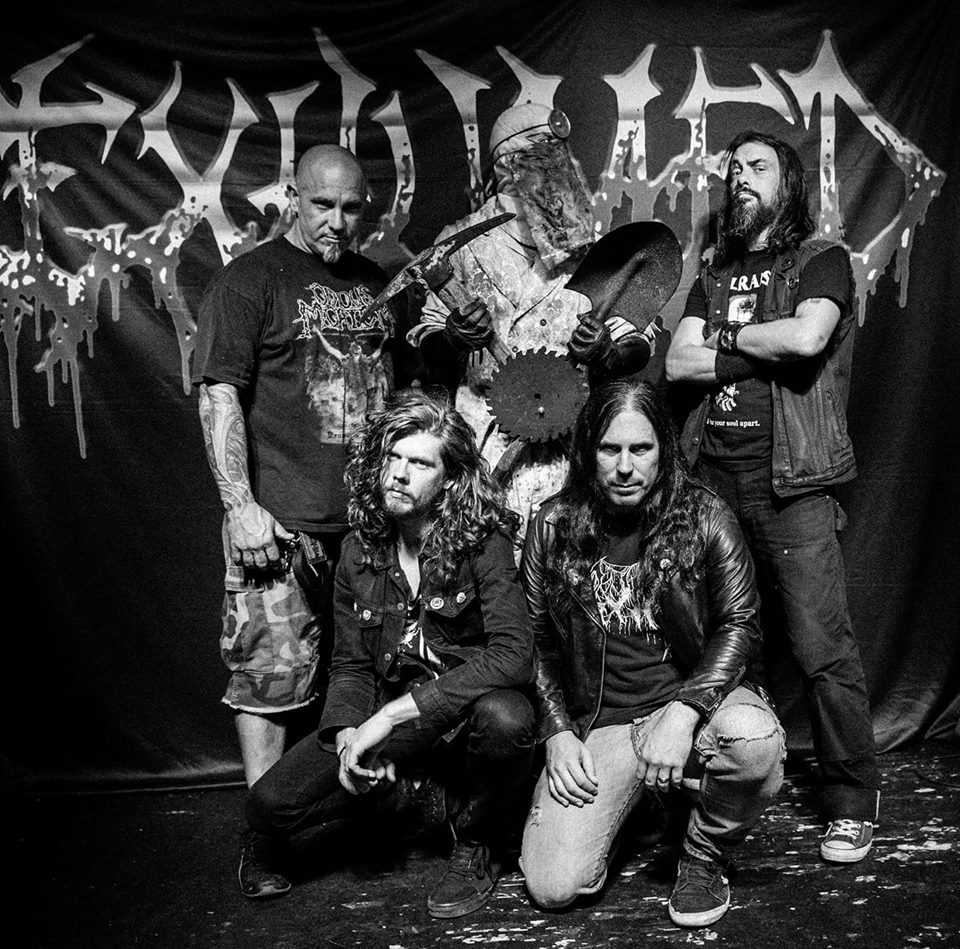