at Tom of Finland Foundation

Movie screening is held during the annual Tom of Finland Foundation Art & Culture Festival the weekend of Oct 5 and 6. Package tickets for the Festival are available that include entry for both days and the movie screening.

Sticks and Stones (2014) [15m 57s – Written and Directed by Silas Howard]
Sticks and Stones is an intimate documentary about a song, a street, and a diva. Bambi Lake, a notorious San Francisco transgender performer and entertainer, takes us on a stroll down Polk Street, sharing anecdotes and the history behind her song“Golden Age of Hustlers”, which was written about her time as a street hustler in the mid-’70s. She landed on Polk Street after a stint with theCockettes and prior to regular gigs at renowned ’80s/’90s punk venue, theMabuhey Gardens. 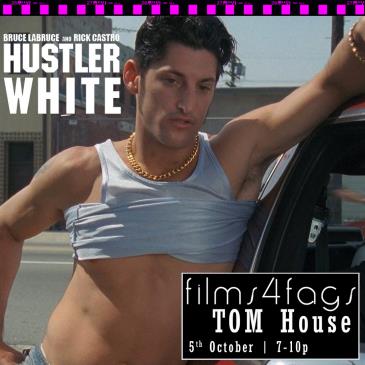