Filter was thrust upon the musical landscape not with a whimper, but with an inimitable scream of musical ferocity and intent.

For the first time in over 20 years, the original founding members Richard Patrick and Brian Liesegang are making a new FILTER album together.

It was a place where melody met noise. And it was written, recorded and produced by two kids who hated everything from “social norms”, defining generational tropes, “the man”, and being told what to do and how to do it.

Releaser met and assembled with the common objective to deliver you the highest quality songwriting and live performances that their decades of collective grind and know-how could muster. The music is astute and effective. The lyrical content is honest – something too many artists have abandoned in favor of sounding important. The vocals and melodies are the reason you check out new music. These guys will have you singing in your head at work like a pro.

We Killed The Lion

We Killed the Lion is a hard rock band from Chicago, IL. The band has independently worked the underground music scene since 2011. The style of music falls into the categories of Stoner Rock, Grunge, and Heavy Psychedelic Blues. The band can also Doom with the best of them. Look for a brand new album to be released in 2022.

The band started in late 2017 when guitarist Dee J Nelson ran into lead vocalist Eric Liljehorn at a King’s-X showin Chicago. A few quick words; a potential collaboration and mutual love for all things musical. The two beganworking on a few of Dee J’s songs together and both could tell something right away was simply “clicking”.Shortly after the release of “Ravens” it was clear a full band was in order. In need of a name, the band startedout by temporarily using the title of its flagship song "Ravens" and while the temp name stuck longer thanexpected the guys eventually found the name that would fit them and their unique blend of rock and grunge -DEATH POP RADIO 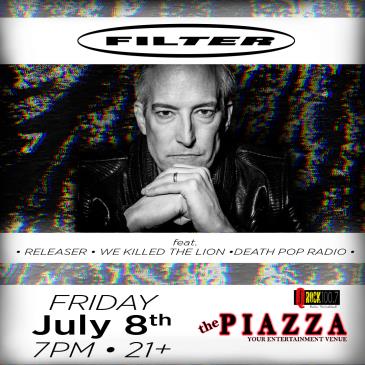