presents a Concert of Appreciation for The Castle Theatre

Fiona Way invites you to join in an evening of music & celebration, as they, along with special guest Dan Hubbard recognize The Castle Theatre and its role in keeping national & local music alive in Central Illinois! Bring along a generous spirit as well as your love for independent concert venues. It will be an evening to remember!

Fiona Way was founded in 2014 between friends who wanted to have fun, play some music and serve others.  Since then, the band has come together in public to raise over 1 million dollars for charity, focusing most of their efforts on those that benefit children in need. The band is thrilled to share the stage with a special local artist (announcing soon) in their first public show since the pandemic began, and are looking forward to another great night of music, fun and giving at the Castle Theatre.
Fiona Way is fronted by Shawn Alyasiri and band members include:  Rand Harbert, Phillip Hawkins, Greg Jones, Doug Lovejoy, Joe Monk, Patty Morris and Travis Williams. 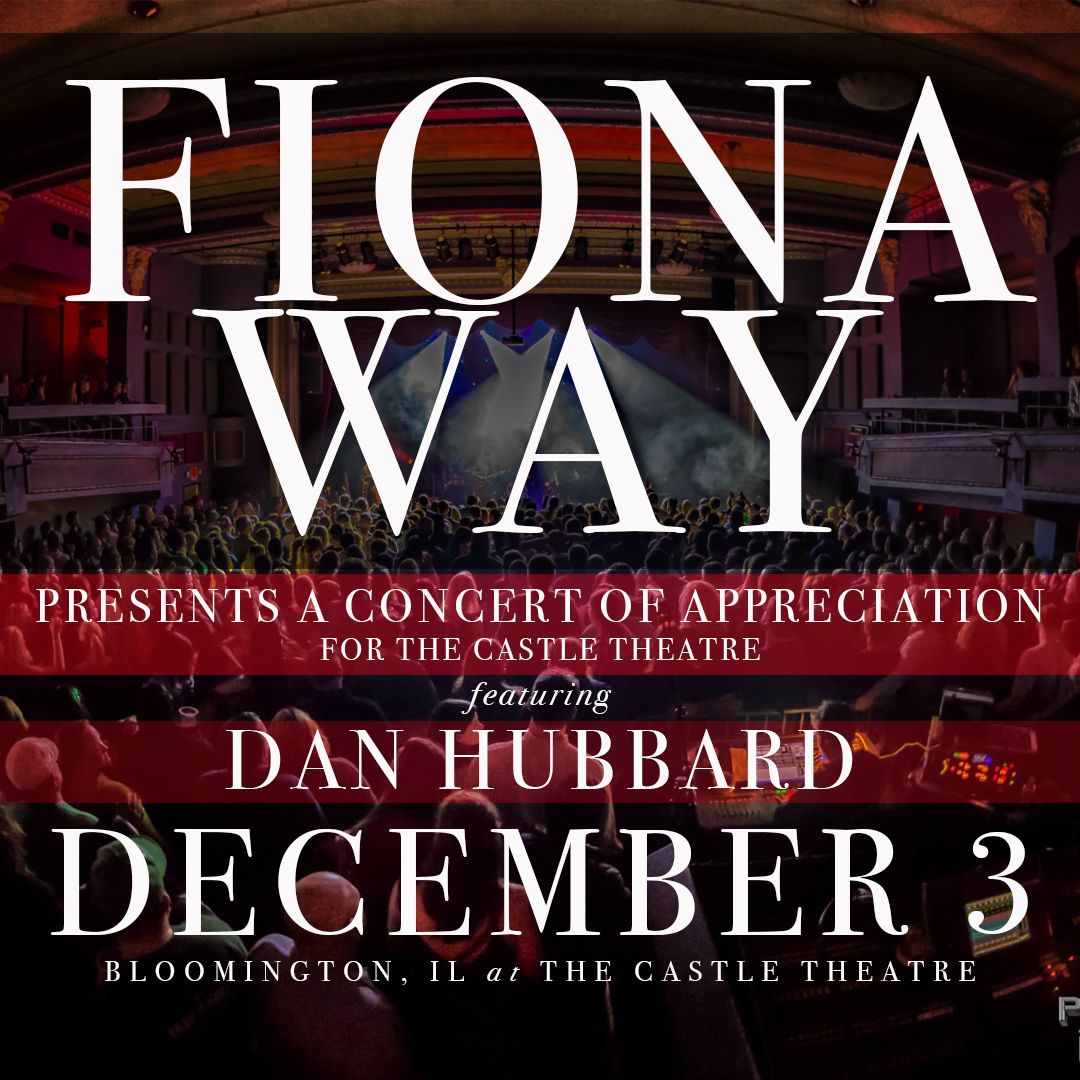