Fleetwood Mask hails from San Francisco, CA and is the ulitmate Fleetwood Mac tribute band. Mick Fleetwood, founder of Fleetwood Mac, gives the band his personal endoresement. The band performs the greatest hits of Fleetwood Mac, from the 1960s blues band with Peter Green through to the popular lineup featuring Lindsey, Stevie and Christine. 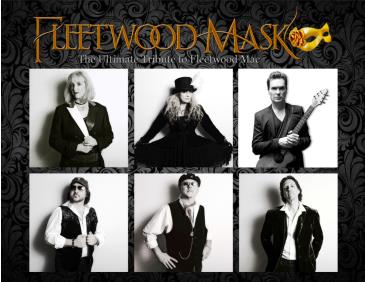