Enigmatic electro-indie/alt-pop duo Foreign Air embarked on their new chapter with their Nettwerk EP, "WHY DON'T YOU FEEL THE WAY I DO?" that was released in February of 2022. The EP took inspiration from the trials and tribulations of fostering relationships. A majority of the tracks are loosely based around a pandemic breakup and just like the ebbs and flows of grief, the band uses the music to paint this evolving narrative. The story doesn’t stop there. Foreign Air is releasing an album in September which blossomed out of their time spent writing during their intimate dinner + show performances combined with their isolated experience at White Star Studios located on a historic farm outside of Charlottesville, VA. Fusing the intimacy of human connection with stepping away from the outside world, the band has been able to reincarnate their music stating, “songs play like movies in our head, meaning they are larger than life. There’s pieces of us and our past relationships in the main characters.” The band is set to release “Hello Sunshine” on June 10th alongside a North American headline tour announcement which will take place in the Fall of 2022 just before their first ever European/UK show dates in November.

“The new music feels like we shed a layer of skin.” This is significant, considering that before the, WHY DON’T YOU FEEL THE WAY I DO? EP, Foreign Air were no slackers. The duo, who co-write and co-produce all their material, dropped their debut album, Good Morning Stranger in October of 2020. Before that, they released 10 singles, as well as the For The Light EP, starting with the glitchy, spectral “Free Animal,” which became an immediate hit. Nike snapped up the latter for an ad - and everyone from Samsung, Vodafone, Microsoft, to Showtime, ABC, and Vice soon followed. All told, Foreign Air’s music has been streamed more than 150 million times on Spotify and Apple and they have toured with Misterwives, Bishop Briggs, Bleachers and more. “This was absolute freedom compared to our previous experiences. With Foreign Air, we have been treating each song as its own universe, trying to figure out what we are as a band. We’re just experimenting.” But mostly, Jacob adds, “We’re creating our own world.” 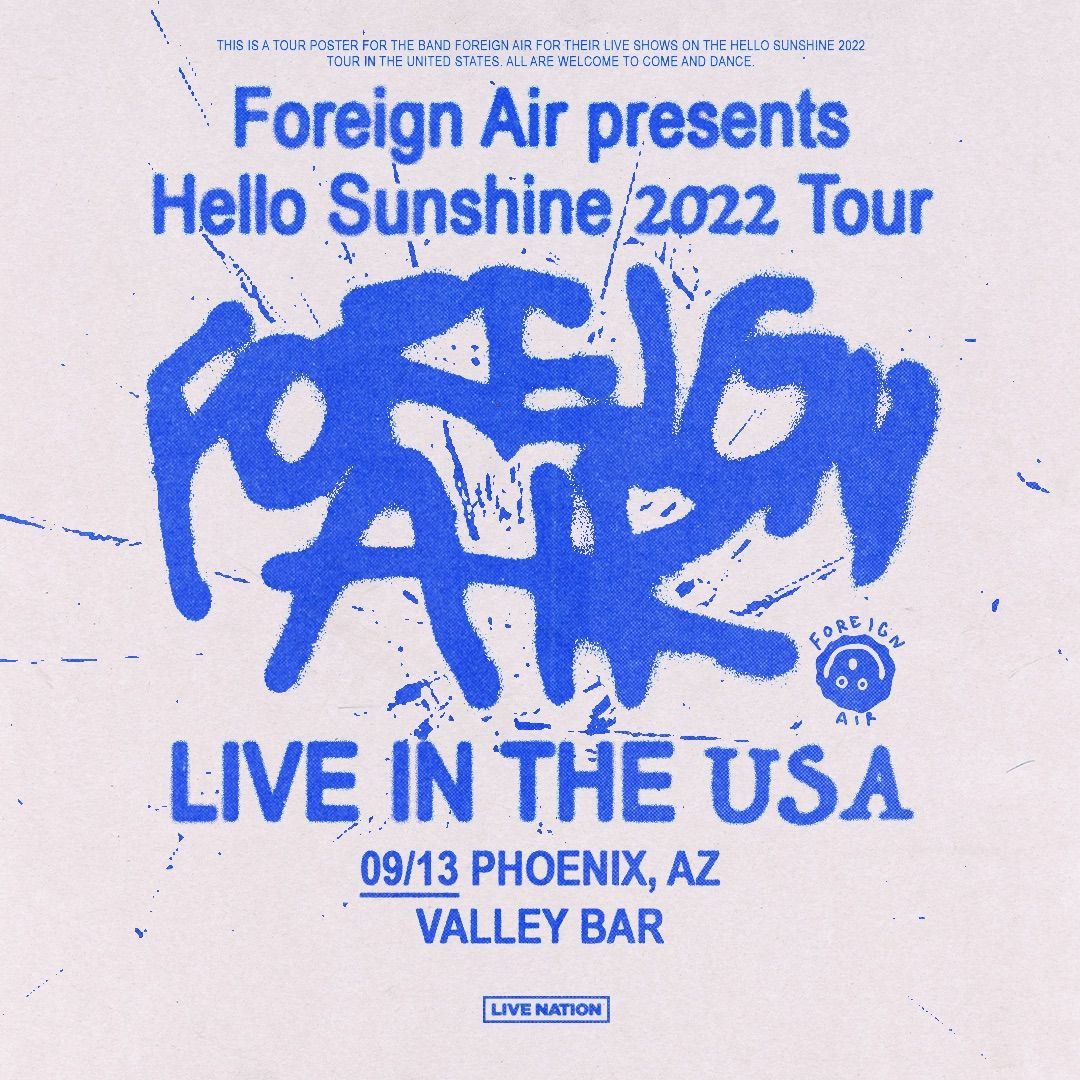