Since debuting their self-titled album in 2016, Four Cornered Room has continued to fill the air with jazzy, psychedelic, and soulful sounds. The local group followed up the next year with a five song EP “The Wonderful Sounds of Life" featuring a more laid back vibe with songs like “Honey” taking their sound in a new polished direction. In between then and now, with an ever changing line-up of members, the four piece band continued working on new material in light of those challenges. Within the past two years with a stable line-up, Four Cornered Room has been recording these songs to a full length album out of leader Jordan Butler’s home studio Area Boundary. “The Non-Dimensional World” is a long awaited release after a pandemic halted everything. The band’s second full-length album is their best work yet, with the advantages of recording time and production being so accessible in a home studio. Four Cornered Room’s sound features modern catchy grooves, vintage instrumentals and soul filled lyrics, capturing the dreamy feels of a world non-dimensional.

Friday July 29th is the set date at Flagstaff’s Orpheum Theater to celebrate this release, with acts Sci Fi Country & Righteous Harmony supporting. We will see you there for one of local music’s biggest shows of the year!

Righteous Harmony
Pure Improv Chaos! Righteous Harmony has a knack for making things up as they go along- no song is ever played the same way twice. The band comprises of two guitarists, a bassist, a drummer, a saxophonist, and an ever-rotating group of guest artists. You’ll find rock, jazz, the Dead, fusion, blues, and most everything else at a Righteous Harmony show. Following a March 2021 EP release, Oppose the Bucket, and a December 2021 album, Live at Fire Creek, this Flagstaff outfit is a group you don’t want to miss. 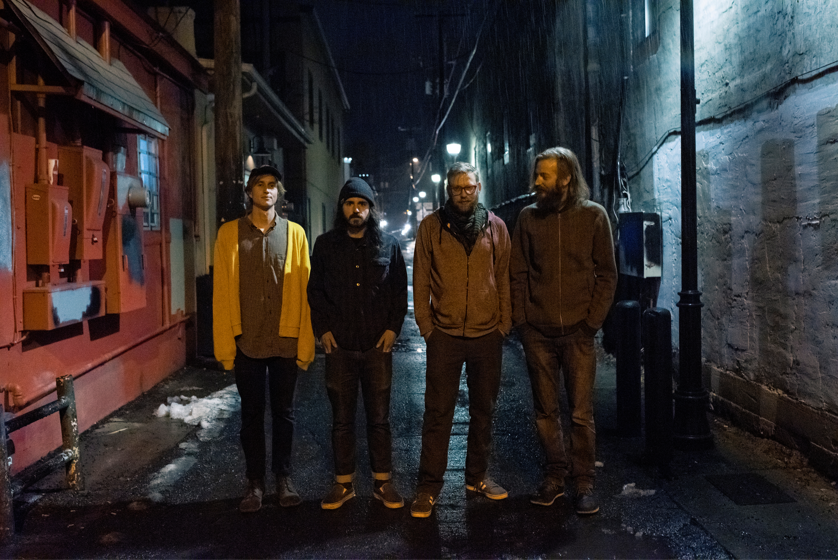