WXPN welcomes at The Lounge at World Cafe Live

On her third album ​U kin B the Sun​, Vancouver-based singer/songwriter Frazey Ford inhabits an entire world of shapeshifting rhythm, elevating every beat and groove with the subtle magnetism of her mesmerizing voice. With its graceful collision of soul and psychedelia and sometimes ’70s funk, it’s a body of work that invites both self-reflection and wildly joyful movement, and ultimately sparks a quiet transcendence.

At turns ecstatic and heavy-hearted, gloriously shambolic and deeply purifying, ​U kin B the Sun ​is the outcome of a certain personal transformation that Ford has experienced in recent years. “I used to speak more in metaphors, but this album came out in a much more raw and direct way,” she says. “I’d say that’s a result of being more in my body and more in touch with the wholeness of anger, with taking up space and having boundaries. On this record I freed myself from the folk-writing format, and it’s been a whole different exploration for me.”

In a departure from the guitar-driven and largely solitary songwriting that’s defined Ford’s previous work much of ​U kin B the Sun​ took shape from spontaneous collaboration with her ​longtime bassist Darren Parris and drummer Leon Power. Over the course of several late-night sessions in the thick of summer2018, the three musicians joined producer ​John Raham in dreaming up a brilliantly untethered sound, recording as they improvised and continually tapping into their potent camaraderie.​ “I was excited to let go of control and to see where Darren’s bass lines would take my melodies,” Ford recalls. “There’s this intimacy that exists within the band now, and I wanted to explore how that would feel in the writing process.” 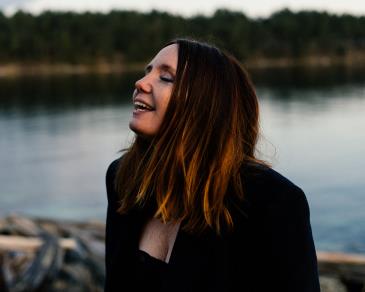