One of America’s premiere roots rock acts, Freddy Jones Band (and no, none of the members are actually named Freddy Jones) is fronted by the founding member, guitarist and singer/songwriters Marty Lloyd, joined by bassist Rich Ross, guitarist Stu Miller and drummer, Goose LaPoint.

The band is best known for its number-one hits "In A Daydream" and "Take The Time." Now, this long-running act is back with their new release, Never Change, helmed by Producers Justin Niebank (Taylor Swift, Sheryl Crow, Kid Rock) and label partner Timm Martin of Dustimmoff Music.

Marty Lloyd characterizes the sessions for Never Change—which features the hit song “Those Diamonds" and the project’s title track —as euphoric…“Looking back, our approach to making Never Change was very similar to the historic days down at Muscle Shoals.” he says. “The essence of our sound and songwriting was supported by Justin's ‘A Team’ cast and the room soared from the first down beat. As recording artists we chase that feeling. It was incredibly uplifting and joyful!”

Justin Niebank, a three-time Grammy winning producer/engineer, adds of the album, “Never Change is the best record I have worked on in years!” 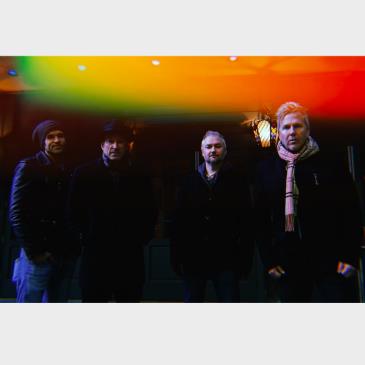