Fruition’s newestalbum, Broken at the Break of Day, may be hard to categorize, yetit feels complete because of their dedication to honesty as well as harmony.Influenced equally by acoustic music and rock ‘n’ roll, the Portland,Oregon-based band is composed of Jay Cobb Anderson (electric guitar, vocals),Kellen Asebroek (piano, acoustic guitar vocals), Jeff Leonard (bass), Mimi Naja(mandolin, electric guitar, vocals) and Tyler Thompson (drums). Theirunmistakable vocal blend first revealed itself in 2008 when Anderson taggedalong with Asebroek and Naja for an afternoon of busking in Portland. Sincethat time, they have opened shows for the Wood Brothers, Greensky Bluegrass,and Jack Johnson, and at appeared at festivals like Telluride Bluegrass,Bonnaroo, and DelFest. Broken at the Break of Day follows theband’s exceptional 2019 album, Wild as the Night.

The solo debut from Katie Toupin, Magnetic Moves takes its title from its spellbinding opening track, a song that’s quietly defiant in its bending of reality. “It’s about being bold and being brave, and using your magnetism to create the world you want to live in,” says the L.A.-based singer/songwriter. “The whole album came from a place of wanting to be completely direct, in a way I never felt I could before. I think it’s important to let yourself show your heart like that.”

In the making of Magnetic Moves, Toupin let her intuition guide her to everything from the harmony-heavy gospel of “Lost Sometimes” to the Beatles-esque psych-pop of “In Your Dreams” (with both tracks featuring the showstopping vocals of Austin-based soul singers Lauren Marie and Angela Miller). As Toupin explains, the album’s imaginative sonic palette has much to do with the unprecedented freedom she felt her entire time in the studio. “Making this record with people I didn’t already know was an incredibly liberating factor,” she points out. “When people have preconceived notions of who you are and what you do, it can really hold you back. But with this album I was able step way outside my comfort zone—I felt confident to do things I would’ve normally been afraid of.”

For Toupin, eliminating those expectations ultimately elevated her to a new and far more fulfilling level of self-expression—an element she hopes might leave an indelible impact on the listener. “I’m such a romantic, and I’d never felt like I could really own that the way I did on this record,” she says. “In the past there was an agreement as to what you could say in a song and what you couldn’t say, what was cool and what wasn’t cool. When people hear this album, I hope they come away with a really strong feeling of love, whether it’s romantic or some other form. I want everyone to feel okay just wearing their heart on their sleeve.” 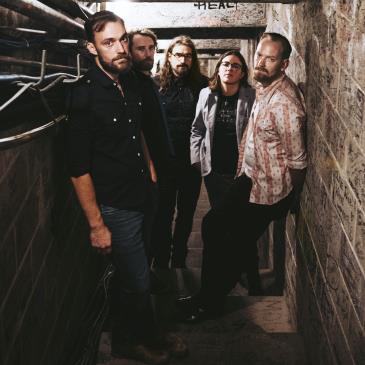