Exclusive One Night Only! Fundraiser for Ukraine

100% of proceeds from the ticket sales will be used to provide essential life-saving humanitarian support on the ground in Ukraine.

Born in Kyiv, he graduated from the National Music Academy of Ukraine and École Normale de Musique de Paris where he studied with Profs. Valerii Kozlov and Marian Rybicki. He also trained under A. Sorkina, R. Donskaya, L. Dorfman. Baryshevskyi has been a guest of renowned festivals such as Progetto Martha Argerich, Klavier Ruhr festival, Busoni Festival, projects by Musica Insieme Fondazione, and others.

Baryshevskyi played with some of the leading European orchestras, including Munich Radio Orchestra, The Israel Philharmonic Orchestra, Filarmonica Arturo Toscanini under the baton of maestros Asher Fisch, Frederic Chaslin, Howard Griffiths, Oksana Lyniv, Kiril Karabits, and many others. 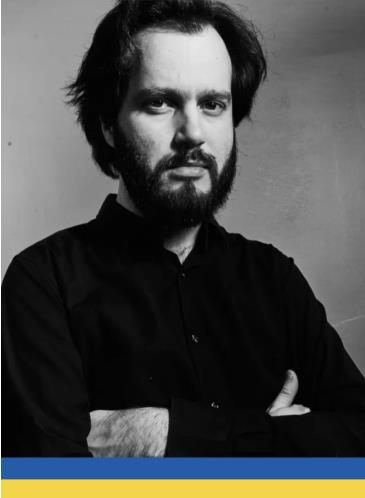