Sorceress. Alchemist. Beat Conductor. Funk Philosopher. Seneshal of Style. Purveyor of Pocket. Child of God. Agent of Love. Nikki Glaspie is among the premier drummers in music today. As a founding member of The Nth Power she's blazing a path of light, and rolling waves of love in her wake. Nikki Glaspie has been trotting the globe behind the likes of Beyonce, Maceo Parker, Ivan Neville's Dumpstaphunk, GRiZ, and more. For the better part of two decades, Nikki has been in-demand, with a who's who of the jazz/funk scene. Nikki Glaspie is already a living legend, well before her fortieth birthday.Remarkably, it feels as though she has merely just begun!

This night of funk and R&B music features a rotating cast of Nikki’s homies, who have played and performed with the likes of Beyoncé, Justin Timberlake, Chaka Kahn, Prince, Stevie Wonder, The Neville Brothers, Meghan Trainor, Brian McKnight, Jay-Z, and Kanye West.

"The idea behind the night is to provide a place for my friends to play and play with cats that I’ve always wanted to play with. It’s working.... My hero Verdine White showed up and we played" described Nikki Glaspie, founding drummer of Nth Power who was traveled with Beyoncé, Dumpstaphunk, and other prolific artists and groups.

The past two shows have garnered press attention from Live For Live Music, as well as attendance Verdine White of Earth, Wind & Fire, Craig Robinson of The Office and others. 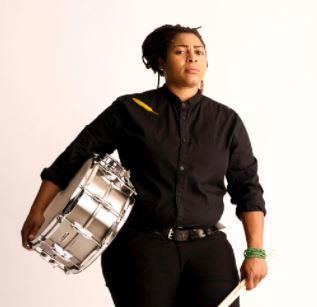