2021 has been a blockbuster year for the breakout star from Hertfordshire, England. After being shortlisted for BBC’s Sound of 2021, Griff—real name Sarah Griffiths—released her debut mixtape One Foot in Front of the Other in June. Featuring the hit single “Black Hole,” the project peaked at number 4 on the UK album chart. She built on that momentum in August with the release of the intricate, emotional banger “One Night.”

Inspired by Whitney Houston and The Weeknd, the uptempo track is about Griff’s ongoing struggle with anxiety. So far, the buzzworthy song has amassed more than 11 million cumulative streams and was heavily promoted during the newcomer’s stint as MTV’s Global Push Artist in September. That honor came after GQ selected Griff to represent the UK in their Voices of the Future campaign as a local artist “shaping the zeitgeist and defining the sounds of tomorrow.” https://www.officialgriff.com/ 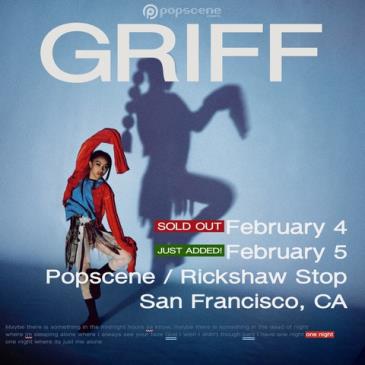