“The three of us are storytellers,” begins Ryan Hope, one third of the Los Angeles based Gabriels, who might just be the most compelling new act of 2021. With each member of the trio already a master of their own creative field – vocalist Jacob Lusk is an acclaimed gospel singer and choir director while co-producers Hope and Ari Balouzian are, respectively, an established film director and classically trained musician/soundtrack artist, they have somehow managed to create something even bigger than the sum of its impressive parts. Theirs is a cinematic world, one led by the hypnotically soulful title track of debut EP Love and Hate In A Different Time. The song is becoming a firm favourite of Gilles Peterson, Off White’s Virgil Abloh, Annie Mac, and none other than Elton John, who branded it “one of the most seminal records I’ve heard in the last 10 years”.

Digging sensitively into the past but also looking defiantly ahead to the future, echoes of vintage soul and R&B coast alongside the warmer, more human fringes of electronica and the spacious experimentation of ultra-contemporary alt pop in Gabriels’ vast vision. All that and they can serve up a stunningly simple but devastating piano ballad, too. As perfectionists, everything Gabriels do they do to the highest of standards. “As technology becomes quicker and faster, the craft is disappearing out of everything,” explains Hope. “Things are banged out in this fast mass-produced way – but we’re moving in the opposite direction. We’ve taken our time, focussing on things that are going to stand the test of time.” He’s not wrong. Hope, Lusk and Balouzian have spent the past five years refining their sound, putting in the work to create something not just sonically spectacular, but important too. This is music that transcends the mere every day and at its core is about bringing people together – one nation, under a groove. “We want to make great music that matters,” says Lusk. So far, so good.

The trio first came together back in 2016, when Hope and Balouzian were working on a film together, Hope in the director’s chair and Balouzian working on the soundtrack. The Sunderland-born Hope had already been living in LA for five years when he was introduced to Balouzian, who grew up in the Burbank neighbourhood. In search of a choir for the project, they met the Compton-raised Lusk at the casting sessions and instantly knew they were in the presence of a great vocal talent. Of course, Lusk got the part. After filming was done, Hope and Balouzian reached out to Lusk to see if he was interested in working on something a little more experimental. “It took us a while to figure out how to write songs together,” explains Balouzian. “I was coming from more of a classical background and learning how to write songs with a structure. But that all developed over four years – casually recording and earning each other’s trust. It wasn’t so regimented, we were just getting to know each other as humans. There was no plan of this becoming anything crazy.”

Some of those early sessions took place out in California’s Palm Desert, where Hope had moved for a year to work on a film project. “It’s amazingly private – that’s why Frank Sinatra moved there, that’s why JFK had his affair with Marilyn Monroe out there,” explains Hope, who before moving to LA was a resident DJ at London’s legendary Fabric with a number of techno releases under his belt. “You can do what you want out there and I fell in love with it.” Building a makeshift recording studio in his rental property, the trio would spend every weekend there bouncing ideas off each other. “We were finding our feet and quickly felt like there was something there worth pursuing. We were just enjoying hanging out together too – it was cool, because the three of us are so different, but so similar in certain ways,” adds Balouzian. Lusk is in agreement: “We’re like brothers. The chemistry when you get us in a room together is unlike anything I’ve ever known before. I can’t explain it.”

It was around this time that Gabriels played their first, and so far their only, live show. Taking place at LA’s legendary A Club Called Rhoda – branded “a hedonistic L.A. institution and pansexual dance party” by i-D – the group had hardly anything prepared for their experimental late-night set. “We didn’t have any complete songs. Just a little bit of this and a little bit of that,” remembers Lusk. “Ryan was doing effects, I was playing viola and I had one of my friends playing upright bass,” adds Balouzian. “It was really an improvised thing, but it felt really strong, the way Jacob’s vocals carried everything.” Hope nods in

agreement: “That night at Rhonda was so fucking raw but we knew there was something there. Then we just went down the rabbit hole chasing it and three years later here we are.”

Lusk’s powerful, intoxicating vocals form the backbone of Gabriels’ timeless approach. Well established in the Los Angeles gospel community, Lusk has been singing since he was a kid. Raised in an apostolic church, he wasn’t supposed to listen to secular music, but on the weekends his dad – who was at this point separated from Lusk’s mother – would school him in jazz classics as well as the greats like Nat King Cole. As a teenager Lusk’s plan was to become an opera singer. He’d already picked the school he wanted to apply for, but then fate came knocking. “I started working with Nate Dogg and dropped out of college,” he explains, casually. Lusk had responded to a Craigslist advert looking for backing singers to work with an unnamed rap artist and found himself in the studio with one of hip-hop’s most legendary artists. After one night working late with the star, Lusk ended up missing the train home. He lived two and a half hours away and couldn’t stretch to a cab, so ended up staying at the studio with Nate. “We began working on our own music together,” says Lusk. “He told me that I had an amazing voice and that’s when our relationship outside of me just doing background vocals for him started.” Tragically, a few months later the rapper would suffer a stroke from which he would never recover.

Though the Nate Dogg project would never see the light of day, Lusk would continue to work with the great and good of musical royalty, singing with Diana Ross at the Hollywood Bowl, as well as collaborating with the likes of Beck and St Vincent. There was even a stint on American Idol, where he worked with superstar producers Rodney Jerkins and Tricky Stewart, as well as playing for crowds of 25,000 on a sold-out arena tour.

Lusk’s own personal history reverberates through the wide-ranging influences on the project, including the story of his much-loved grandmother, who graces the artwork of Love and Hate In A Different Time. Born in the small town of Shiloh, Georgia in the 1960s she moved to Los Angeles and ended up raising four children alone after her husband died in a car accident. “She's gone through all of these different periods and times of the civil rights movement,” explains Lusk, forever in awe of the family matriarch. “She’s been there right up to the George Floyd stuff, so it just seemed appropriate to have her on the record.” It was Lusk’s grandmother too who was front and centre of his mind when, at a Black Lives Matter demonstration in the summer of 2020, he was handed a megaphone and spontaneously addressed thousands of protestors with a chilling version of Billie Holiday's anti-lynching song ‘Strange Fruit’.

“It keeps happening,” says Lusk of the recent murders of Black Americans, from Breonna Taylor to Ahmaud Arbery. “I often think, ‘this could be me’.” Lusk has experienced police harassment numerous times in his life, including when he was just 17. “I was in a school uniform at the beach and the cops pulled up,” he remembers. “They drew their guns and told us to put our hands up. Then they said they got a message that I was out there selling drugs.” Lusk sighs. “I don't drink. I don't do drugs. I’m sober. But stuff like that happens all the time. From my grandmother I've heard stories of her and her friends going through this – getting beat up and worse.”

Shaky phone footage of Lusk’s rendition of ‘Strange Fruit’ is featured at the end of Hope’s Adam Curtis-style found footage short film for Love and Hate In A Different Time. Following a cinematic journey through a century of dance and discovery via vintage clips of everyone from Nina Simone to Wigan Casino’s Northern Soul shakers, the ultra-powerful moment seems to capture the feeling of an entire movement 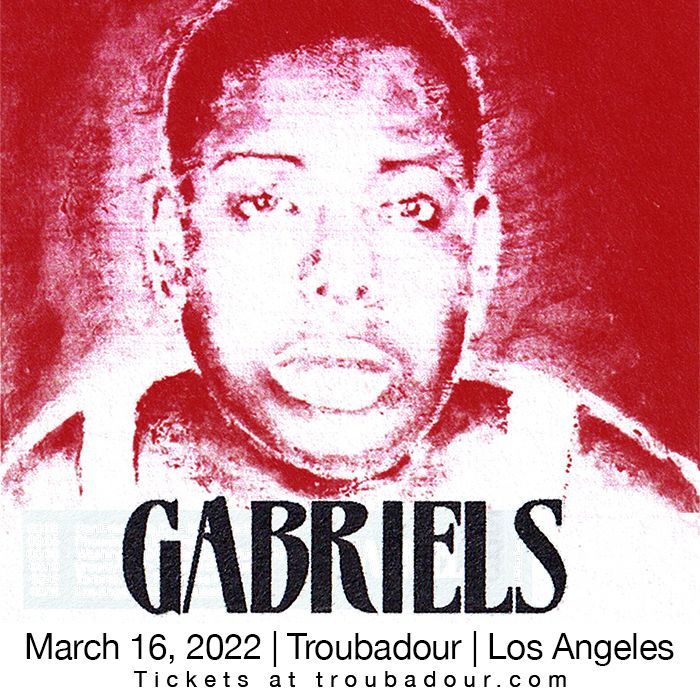