Please note this performance is requiring all attendees to provide proof of vaccination OR negative COVID-19 test within 72 hours of the event for entry. [At-home covid tests not accepted.]
All attendees must be vaccinated against COVID-19 and provide proof of vaccination [either the original, or a digital / printed copy of the vaccination card] OR have received a negative COVID-19 diagnostic test within 72-hours before entry to the facility and provide printed proof of a negative result prior to entering the venue.

Gang Of Youths frontman David Le'aupepe isn’t like other singers. A charismatic man apart, a creative livewire who’s a deep thinker at the same time as being an incessant talker, a militant look-forwarder who has no intention of resting on any of the success his band have achieved over the past decade.

Take this answer to a question about his group’s back catalogue, for instance. “I don’t want to hear the last two albums,” he says. “I want to wake up in a world where they didn’t happen.”

But they did happen, so let’s have a quick recap: Gang Of Youths were formed in Sydney, Australia in 2011 by Le'aupepe and some like-minded mates. Within months of their first gig, they’d started to attract a rabid fanbase enraptured by their expansive, widescreen take on indie-rock, the sort of black magic music that manages to feel universal and personal at the same time. They honed this sound over two records, on 2015’s The Positions and 2017’s Go Farther In Lightness, and won four of Australia’s prestigious ARIA Awards on the back of their Platinum-selling second album. Word spread further afield too, helped by an extensive support tour in the US and Europe supporting Mumford & Sons. They relocated to London towards the end of 2017, all living in a house together in Angel, North London. Their current line-up is completed by Max Dunn (bass), Jung Kim (guitar, keyboards), Donnie Borzestowski (drums) and Tom Hobden (keyboards, guitar, violin).

“After the first album, we were getting pushed and pulled a little bit,” Le'aupepe says. “In Australia we got too big, I think.” Living in the UK has given him the chance to reassess what he wants from being in a band and where he wants Gang Of Youths to go next. “Instead of trying to play to every seat in the house, I realised I wanted to play for an audience of one. I spent so much of my early twenties giving too much of a fuck about what people thought.”

The band had planned to have a creative reset before COVID enforced a downing of tools in early 2020. They took it as a sign for complete artistic overhaul. “I think it’s been challenging for us, this whole process,” says Dunn, “but it’s probably going to be good for our music. We’ve gone in a less safe direction and it’s going to be more in line with Dave’s actual vision, rather than Dave pumping something out to get a deadline met.” “We’re exploring so many different territories and sides of ourselves and that’s manifesting in the music,” adds Kim. “We’re doing things that have never really made an appearance in Gang Of Youths.”

Gang Of Youth’s new music fuses their knack of soaring melodies, indelible hooks and dynamic rock uplifts with a love of neoclassical, minimalist composers and experimental sampling. They’re embarking on the most vital phase of their career so far. 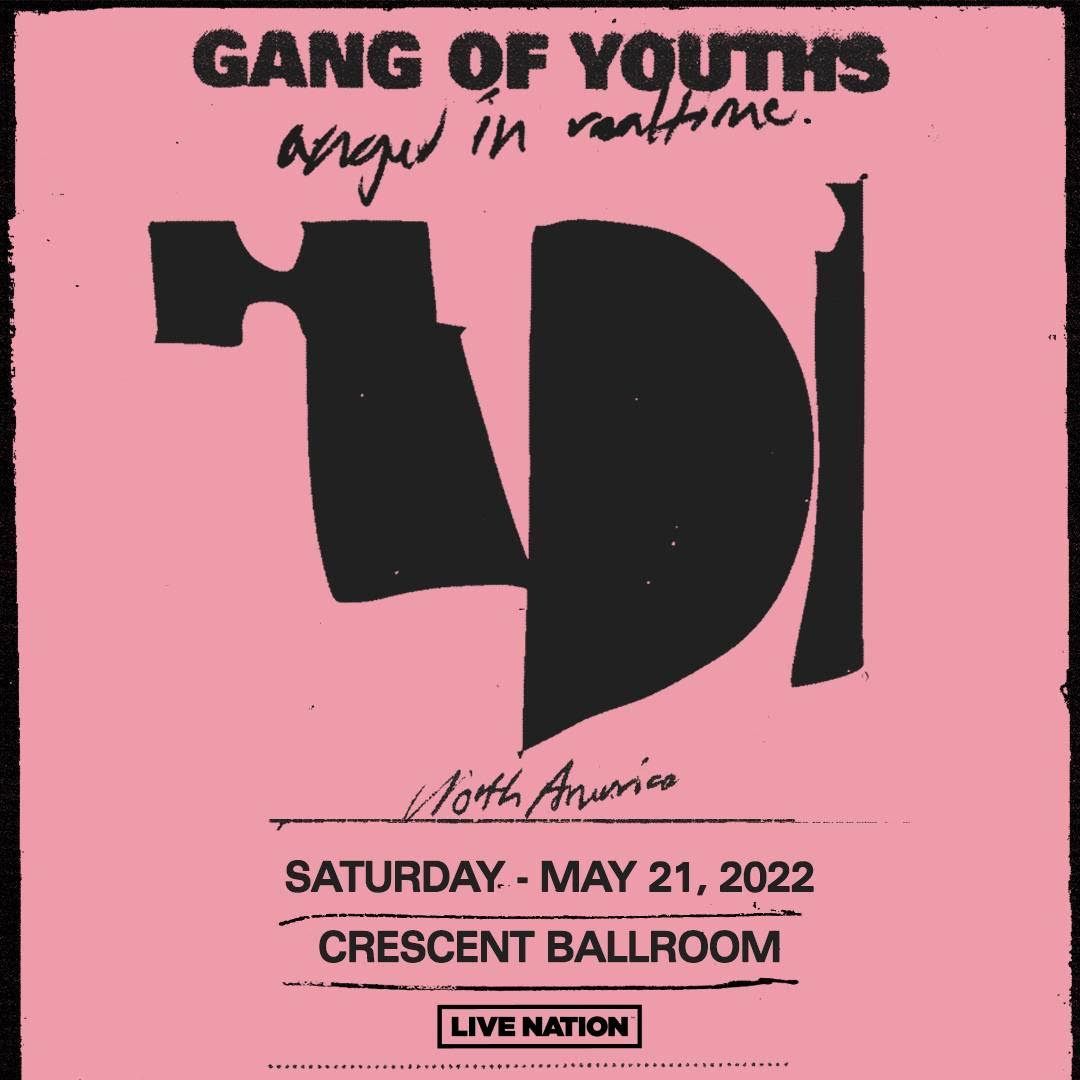