Gian Pérez is a singer-songwriter, multi-instrumentalist, and actor from Guaynabo, Puerto Rico. Gian’s music all deals with feeling like a fish out of water. When he left for college, he wrote Baby Blue (2017). When he came back, he wrote Revelations (2018). And, when he left for New York, he wrote No Love for Cowboy (2021). The genre of his music changes over time, but the common influences always remain the same: Jimi Hendrix, Joni Mitchell, D’Angelo, Herbie Hancock, Prince, and Robert Johnson. Each album’s individual style varies. But, at the core of all his music, is the blues. In this most recent album, Gian gets the closest he’s ever gotten to creating his own sound. With his Florida-based band, Office Hours, Gian has released one EP and two singles: Late Night Korean BBQ (2019), Sunday (2018), and Céline (2020). Their most streamed song, Sunday, has surpassed 1 million plays.

In 2019, Gian was cast in New York Theatre Workshop's off-broadway musical, Sing Street. When the Broadway transfer was postponed due to the pandemic, Gian got to work on his album, No Love for Cowboy. 12 rock songs and a few months later, the album is nearing its vinyl-only release.

Jakeim Hart is a NYC based actor-musician. Select credits from stage and tv include Sing Street (Broadway), We Live in Cairo (American Rep Theater), Blue Bloods (CBS) and The Affair (Showtime). A multi-instrumentalist, he spends most of his compositional energy on guitar and piano. Debut album Bad Country to be released this fall. You can find Jakeim on Instagram at @jakeim_hart. 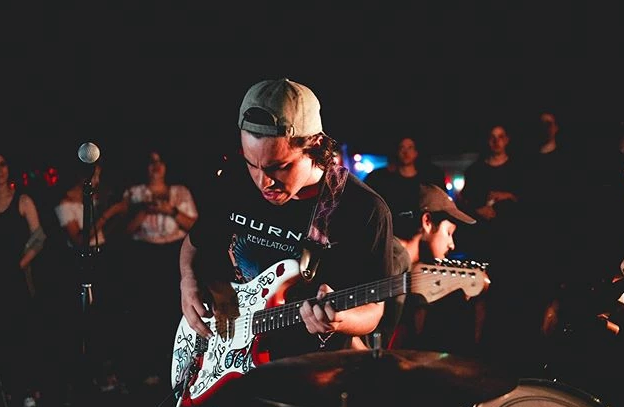