Gibby Haynes is a founder and the lead singer of legendary punk band The Butthole Surfers. He is also a DJ, painter, author of a YA novel, and has appeared in several classic films. Gibby spends his time these days being a baseball dad, when he is not fronting a band of raucous teenagers.
-----
Victims Family

Since 1984, Sonoma County’s groove/thrash/bad-acid/punk/noise/metal/samba trio Victims Family has earned a reputation as one of the most consistently interesting bands in the underground. Musically diverse and lyrically ironic and topical, the group has become known for its prodigious displays: intense, impassioned playing while maintaining a sense of humor. Always destroying eardrums and expectations, Victims Family toured the world relentlessly, recording 6 LP's and garnering a fanatical cult following throughout the United States and Europe. After breaking up in 1994, Bassist Larry Boothroyd and Guitarist-Vocalist Ralph Spight continued to create music in the bands Saturn's Flea Collar and Hellworms before re-forming with drummer David Gleza to record 2001's Apocalicious. After Gleza's departure in 2004, drummer Tim Solyan returned to reform the classic line-up of the band. Since then Victims Family has played regularly in Northern California,did two European tours, recorded a 7" "Have a Nice Day" in 2012 and has played a number of high-profile shows. 2022 finds them completing tracks for an upcoming split LP with Portland's Nasalrod and beginning to undertake a more active touring schedule going into 2023.

The Paul Green Rock Academy (PGRA) is the new, audition-only music school from School of Rock founder Paul Green. PGRA students are chosen for their skill, ambition, and love of performing. The school helps them become professional musicians by having them play alongside professional and legendary musicians, stage their own professional productions, and tour. In 2022 they served as the backing band for Jon Anderson of Yes for two theater tours, as well as backing up Gibby Haynes (Butthole Surfers) for a number of dates. 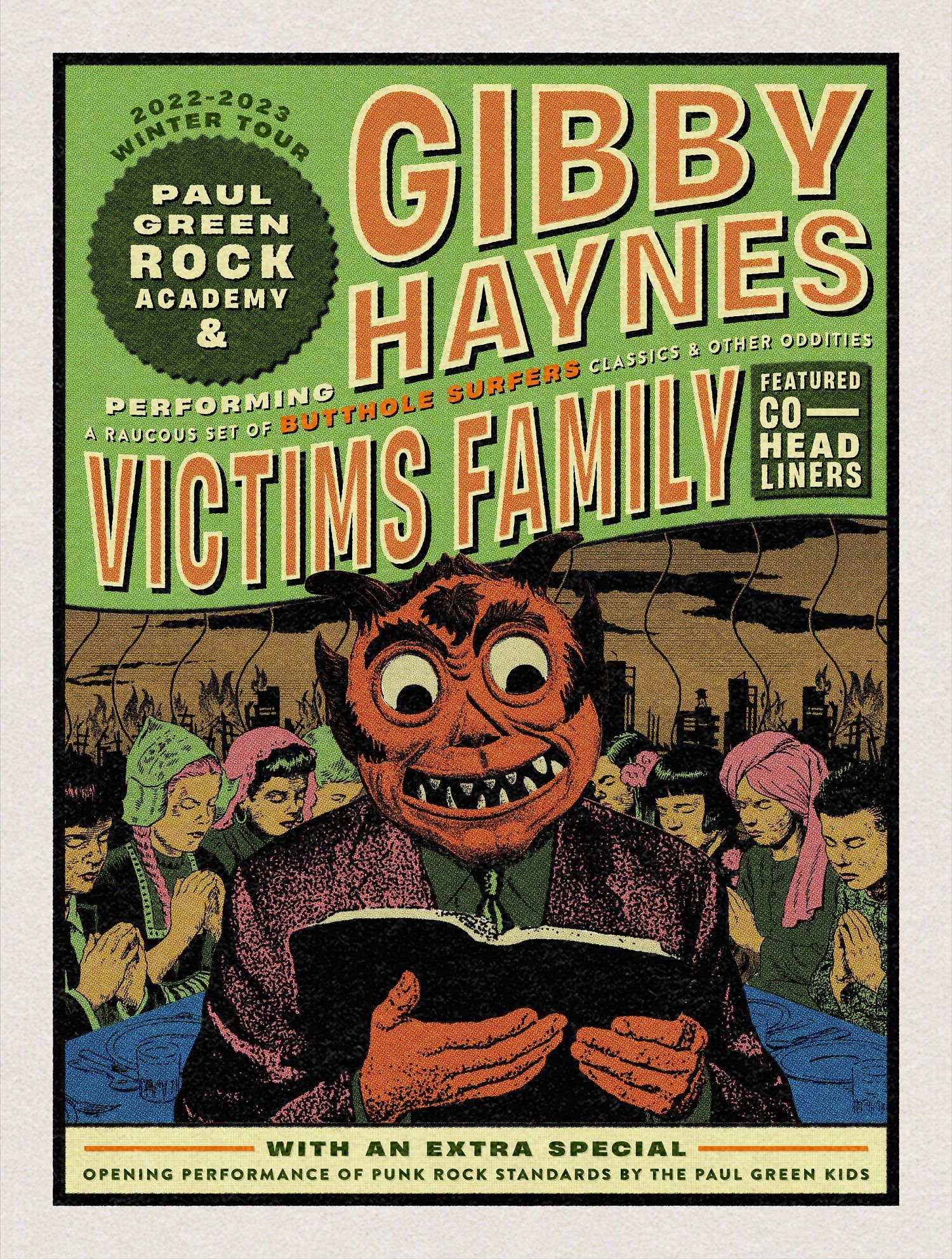