Specialising in smooth, authentic grooves enriched to the roots with culture, Gidon manages to fuse elements of rock, jazz, soul and old-school roots-rock-reggae, creating a sunny, groove-filled sound that is every bit as soulful as the Jamaican legends who inspired him.

Currently wrapping up on the finishing touches of a new EP. The first single and music video of "Trod The Road" just released  on September 15, 2020. This latest collection pays homage to the diverse, cross-cultural influences that defined his early years. A musical footprint that has taken him from Los Angeles to London and back again via one of his most spiritual of homes, Kingston.

Elizabritz is a music duo composed of singer Rachael Eff and producer Carter Britz from Los Angeles. While studying at UC Berkeley they met and shared a passion for creating music as an outlet in a high stakes academic environment. When their peers graduated and went off to become doctors and lawyers, Rachael Eff and Carter Britz moved to LA and worked odd jobs during the day in order to fill their nights creating soulful, electronic music. Recently Elizabritz has released a new set of songs that embodies their soul and electronic influences. Their debut EP ‘Westside Lover’ is out NOW.
https://www.elizabritz.com
Instagram: https://www.instagram.com/elizabritzzz
Spotify: https://open.spotify.com/artist/0SHQbsWMUTaEMOnxhR7Z2W

An Illunis (pronounced ill*Lou*niss) occurs when the stars align, and a blend of alternative rock, folk, and other genres come together to form a distinct musical sonance. Spawned within the Milky Way in Los Angeles, the phenomenon of Illunis has been occurring since 2015, and has been observed by many in the form of singer Ali Faghihi, guitarist Barak Levi, and drummer David Frankel. Illunis is usually observed all over Southern California, and if encountered, can be highly contagious. 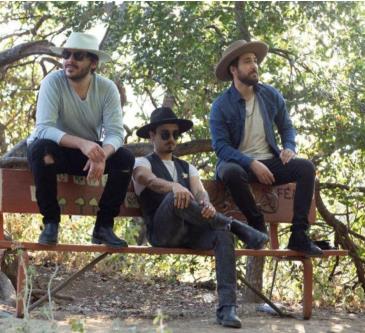