Processing...
Tickets
Tickets will be available at the door for $13

Former Broadway musical theatre performer turned drummer, Ginger created her Los Angeles based band in 2008. It was then an original rock band with songs she wrote as a singer with various guitarists. Overtime it morphed into a blues/rock cover band, and now finally a blend of both originals that she writes on the keyboard, and covers from the 1960s to today. With influences from Bonnie Raitt, Tedeschi Trucks Band, and Tina Turner, lead guitarist Mark Tremalgia brings an Allman Brothers vibe to the sound as well. Mark is from the psychedelic blues rock band, Uncle Duane’s Band. Michael Rosen, accomplished jazz drummer and sound engineer plays blues harp, 1980s Fortune Band’s drummer, Mick Fortune plays drums, Daniel Marion from current 90s cover band, So Rad plays bass, and Maxwell Butler, keyboardist and vintage instrument restorer rounds out the band.  Why should you watch and listen? Because as Los Angeles reviewer James Hebron from 405 East said, "Ginger, the little firecracker with a lot of soul, has a heavy burned emotional vocal breach that can horse-kick any bad attitude."

Black Rose is a duo featuring songwriters Emily Coupe and Aaron Medina. A partnership that began just before the pandemic, the duo has composed roughly a dozen catchy pop, rock, country, and dance songs over the last couple of years.

Black Rose is looking forward to showcasing their original music at The Mint on Feb 4th and recording an EP with some of their strongest material to be pitched to sync licensing for television and film.

OUTER REEF is a funk/roots rock quartet based in Santa Monica, CA and immediately garnered attention around the local Hollywood club circuit in 2017 with their infectious grooves and notable lyrics. Led by singer-songwriter Evan Brau (previously of Munkafust, Undergreen), the band released their debut EP in April 2018 and has several hits including “Man in Love,”  “If Only,” and “Where’s Pomeroy?”

Band Members Joel Bunn (bass guitar) Paul Allen (drums) and Matt Pomeroy (guitar) quickly jelled during early rehearsals and began expanding their musical repertoire from their own deep love of music and diverse roots from bands like the “Talking Heads,” “The Meters,” and “Sublime.” It didn’t take long to begin crafting unique, more nuanced songwriting with their newer material such as “All In My Head” and “Don’t Let Your Sexy.” OUTER REEF has a regular gig at the West Hollywood hotspot  "The Peppermint Club" and “The Sunset Marquis” and will be expanding outreach with upcoming tours to the Rocky Mountains and the Southeast on the college tour circuit.

Astralux is a Los Angeles based Rock band formed by Cam Fadl (Bass), Michael Lieberman (Drums), Travis Frank (Guitar, Vocals) and Will Schlich (Guitar, Vocals). Drawing equally from Classic Rock, 90's Alternative, Pop Punk and Funk -- their sound is a cosmic blend of both old and new fused together into something timeless and indefinable. The band are in the process of recording their debut E.P., HIGHWAY 27, which is set for release later in the year.

Kendra Celise is a singer/songwriter and audio engineer from the Los Angeles area.  Her music is reminiscent of artists from the 1970s such as Joni Mitchell, Dolly Parton, Stevie Nicks, and Linda Ronstadt as well as modern artists like Taylor Swift and Kacey Musgraves.  Her smart lyricism and acoustic guitar playing have been the backbone of her musical style since she started writing original material at the age of 13.  She is also the owner of Celise Sound, a recording studio in Covina.
www.Facebook.com/kendracelise
www.Instagram.com/kendracelise
www.YouTube.com/user/kendracelise 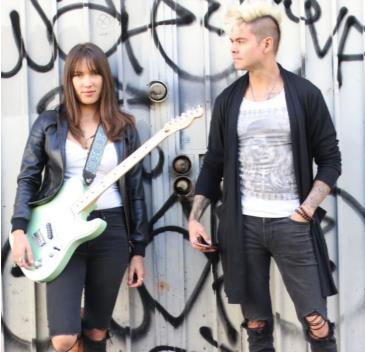