CLOE WILDER is an indie-pop singer-songwriter from Clearwater, Florida. At just 15-years-old, Cloe has a voice way beyond her years, managing to create melancholic, yet incredibly relatable songs. From an early age, her artistic talents started thriving as she started taking piano lessons which consequently helped her to discover her passions for singing, surprising her family and anyone around her. In December 2018, Cloe started her YouTube channel where she began to cover songs by Halsey, Alessia Cara, Billie Eilish, Sasha Sloan, and more…

"For me, the mark of a great record is when I find myself singing the songs all day around the house. Fly is like that. Catchy roots rock reminiscent of Springsteen at his best." —Todd Livingston, on-air personality; TJ Live- IndieCentric Radio/ Charlie Mason Radio

“Fly has much in common with electric groups like Sister Hazel, coupled with the superior songwriting of, say, Paul Simon.” – John Kereiff, The Rock Doctor

Fly is the journey of Grant Hill across North America. An upbringing in Western Canada through to experiences from shore to shore in the United States lead to the February 2021 release of the debut album Fly by Grant Hill & M.O.S. recorded at the legendary EastWest Studios.

This independent act currently hails from Los Angeles and have found success with their genre-mingled album Fly. Critical comparisons to artists such as Neil Young, early Bruce Springsteen, and Tom Petty make this singer-songwriter a standout on independent radio including United DJs—with title track "Fly" reaching #1 on their top 30 chart and "Sticks N Stones" currently at #18, Zenith Classic Rock, and IndieCentric Radio along with enthusiastic support from radio personalities.

Adding to their recent UK/European radio success, press support for Grant Hill & M.O.S. includes John Apice at internet magazine Americana Highways, "This is a seasoned band. It’s a pleasure to listen to them let loose confidently on good music with friskiness & precision." And Americana Highway readers selected Fly as the Favorite New Album Release for February 2021, against such icons as Willie Nelson, Bob Dylan, and Edie Brickell.

Both in the studio and now backed by the live band M.O.S., Grant has incredible musicians around him to tell the story of the journey. M.O.S. is Simrin Phull on guitar, Edwin Livingston (Natalie Cole, Elvin Jones, Mary Chapin Carpenter) on bass, drummer Devin Lebsack (White Wizzard, Hed PE), Joel Stites (Scapegoat Wax) on keys and backing vocals, and Nelson Bragg (Brian Wilson, The Quarter After) on percussion and backing vocals.

Grant's passion and talent for songwriting took flight in 2002 at California’s Venice Beach and evolved and expanded over the years. Time allows him to look back at his journey differently now. Having risen above old troubles and off-course veers, an ease of musical integration within Fly's wide range of styles evolved. Classic, strong, and bold Grant Hill's music has the way of staying on your mind long after listening.

Matt Michienzie was born in Boston, MA. Growing up, he was inspired by classic country and blues artists like Johnny Cash, Stevie Ray Vaughan and The Band . Likewise, his style was influenced by more modern blues and jam bands like Dave Matthews Band and Blues Traveler. Throughout his childhood spent in Foxboro, MA, Matt played in various bands and was even in the local orchestra as an upright bass player. An avid fan of country music and bluegrass, Matt emulates an older sound in a modern setting.

Former Broadway musical theatre performer turned drummer, Ginger created her Los Angeles based band in 2008. It was then an original rock band with songs she wrote as a singer with various guitarists. Overtime it morphed into a blues/rock cover band, and now finally a blend of both originals that she writes on the keyboard, and covers from the 1960s to today. With influences from Bonnie Raitt, Tedeschi Trucks Band, and Tina Turner, lead guitarist Mark Tremalgia brings an Allman Brothers vibe to the sound as well. Mark is from the psychedelic blues rock band, Uncle Duane’s Band. Michael Rosen, accomplished jazz drummer and sound engineer plays blues harp, 1980s Fortune Band’s drummer, Mick Fortune plays drums, Daniel Marion from current 90s cover band, So Rad plays bass, and Maxwell Butler, keyboardist and vintage instrument restorer rounds out the band.  Why should you watch and listen? Because as Los Angeles reviewer James Hebron from 405 East said, "Ginger, the little firecracker with a lot of soul, has a heavy burned emotional vocal breach that can horse-kick any bad attitude." 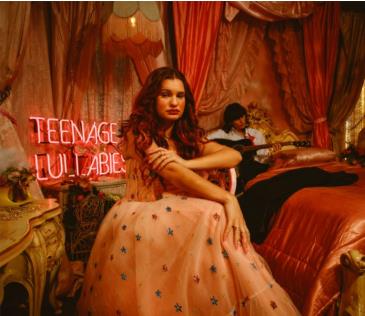