When singer-songwriter and multi-instrumentalist Randall Bramblett began compiling the songs that would eventually make up his 12th and newest studio album, Pine Needle Fire, it wasn’t with any particular musical or lyrical direction in mind. But viewed through the lens of the dozen tracks on the now completed set, it’s apparent there was a theme there all along.

“I recognize a thread about time passing, or at least grappling with the realization that you don’t have an infinite amount of time left like you think you do when you're young,” says Bramblett, who in addition to his solo work has over the course of his illustrious 40-plus-year career recorded, performed and composed alongside rock luminaries like Steve Winwood, the Allman Brothers, the Band’s Levon Helm, Bonnie Raitt, Marc Cohen, Widespread Panic and many others. “So there's that mortality part of it. And then another part has to do with our current situation in this country. I grew up protesting in the ‘60s and ‘70s, so I’ve always felt connected to politics. Now I'm really hung up on it. And you look around and there’s a lot of people that are kind of desperate for change and for justice…or maybe they’re just desperate. They’re trying to hang on in this world. I’m one of them. Most of us are, to some degree.”

These everyday people populate Pine Needle Fire, in which Bramblett provides a clear-eyed and engagingly detailed study of lives ordinary and unconventional, loves resilient and vanished and moments that have passed and are also yet to come. He expresses these stories in a voice that is gruff and resolute, but also sympathetic and flecked with just the right amount of southern charm and whimsy. And he pairs it with music that is richly evocative and multihued, propelled by driving rhythms, deep, soulful grooves and redolent atmospherics.

Nowhere is this more evident than on the album’s leadoff track, “Some Poor Soul,” which opens with moaning, echo-y guitar feedback and a gently percolating bass-and-percussion groove—a sound that suggests the dawn of a new day, mimicking Bramblett’s words: “Some poor soul had to get up at 4,” he begins. “I hear the shower running in the room next door.”

“That song is about the working-class experience, ,” Bramblett says. “And I’m part of that working class, even if it’s something creative I’m doing. I’ll be on the road and I’ll stay in hotels, sometimes shitty hotels, and I’ll wake up in the middle of the night and hear people getting ready for work, getting ready to start another day. There’s that shared experience.”

He continues, “The song has a lot of details in it—the dinging of an elevator, the kids running around in the hotel room above you—and all of this stuff is real. It's real for me because I heard it. And that brings everybody else into it, too.”

From there we dive headfirst into two more character studies, both approached with a considerably lighter lyrical and musical touch. “Rocket to Nowhere” paints a picture of a ne’er-do-well shaking off another wild night, as well as the resulting hangover (“It’s about killing yourself on drugs or alcohol, which I used to do,” Bramblett says. “So I just took the other side of it—the codependent side”), while the protagonist in “Lazy (And I Know It),” which Bramblett calls a “funny song,” is wholly at ease with his lack of ambition, content with “workin’ hard in [his] mind.”

Both songs are spiked with humorous asides (“I was supposed to do something / I can’t think what it was,” Bramblett laments in “Lazy”) but also have larger points to make about the human condition, what we expect out of life and the various ways we choose to respond when things don’t turn out the way we hoped. At the same time, the lyrics are so vivid, and the music so engaging—both songs bounce along on soulful, horn-inflected, New Orleans-tinged funk/blues grooves—that it’s hard to do anything but just smile and sway to the rhythms.

As for those funky, soulful sounds? They’re baked into Bramblett’s very being. “I grew up in Jesup, Georgia, playing pretty much all r&b, so all my music comes out of that funky stuff, whether it was James Brown or, later on, New Orleans music,” he says. But it’s not just about the musical past for Bramblett: “Hip-hop is an influence too,” he continues, citing artists like Soul Coughing (“it’s almost like bebop talking over hip-hop beats with really weird atmospherics”) and Kendrick Lamar (“just the risk and the adventure he takes on his records makes me say, ‘Oh, you can do that?’ ”) as impacting his approach on those two tracks.

As for where Pine Needle Fire goes after that? In a variety of stylistic directions, while exploring a myriad of emotions and motivations. Take the dreamy, evocative title track, which floats along on atmospheric guitars that conjure the same sort of bronzed, nostalgia-tinged haze that Bramblett outlines in the lyrics.

“It's a memory of childhood,” Bramblett explains. “The big industry in Jesup is Rayonier, the paper mill, and the cash crop is pine trees, basically. We grew up in the woods and the swamps, and when you’re young all you wanted to do was climb the fire towers and then fall in love. That all fit together into this image of smoke and pine needles and love burning and hurting and being a thing of beauty and wonder, all at the same time.”

Cut to the present on “Another Shining Morning,” where things aren’t so rosy: “Look what’s lyin’ on the floor,” Bramblett laments in the downcast, piano-led number “It’s people’s hopes and dreams for a better world than we had before.”

“It’s an ironic title, obviously,” Bramblett says. “And then I just let the verses fill in the real way I was feeling.” He continues, “I think the inspiration behind it came from watching the news a lot in the mornings, when all this craziness was happening after the election. And every friggin’ day it was like, ‘Here comes another pile of shit, you know?’ ”

But it’s not all doom and gloom in the present day. Bramblett wrote the jaunty “Never Be Another Day” as an ode to his granddaughter, advising the young soul that every moment is a blessing. “Never be another day like the one you’re living,” he sings. “Never be another chance to pass this way again.” And the breezy acoustic-and-slide guitar tune “I’ve Got Faith in You” (next line: “Even if all the sad things that you say are true”) is “just one of those support songs, you know?” Bramblett says. “It's like, ‘Hey, hang in there. You'll make it!’ ”

This last song comes complete with something of a musical bonus: a slide-guitar melody performed on Duane Allman’s famous Gibson SG, the same one heard on the Allman Brothers’ legendary At Fillmore East. “The part is played by Tommy Talton, who was friends with Duane,” Bramblett explains. “And I know Tommy because we both spent years playing together in Cowboy and Gregg [Allman]’s band, so I asked him to do the slide guitar on the song and to do it using Duane’s SG, as a little bit of an honoring thing.”

It’s a nice musical through-line, and one that also demonstrates the depth and range of Bramblett’s experiences with iconic artists like Allman, for which he remains eternally grateful. “To be able to play with these people and meet some of these guys and actually play on tours with them, it’s like, ‘How did I get here?’ ” he says. “Playing Traffic songs with Steve Winwood, or ‘The Weight’ with Levon Helm, these people are my heroes. It was like ‘Damn, I don’t have to do anything more…’ ”

Of course, Bramblett’s done plenty more, building up an impressive and diverse solo catalog over the course of his life in music. Which, he says, is the most rewarding thing of all.

“Doing those classic, huge, great songs with other artists is always a thrill and an honor, but they’re not my songs,” he says. “It’s much more satisfying for me to write something in my voice and that means something to me personally, and then hear it come together musically with people I love and have it develop into a beautiful thing.”

That latest “beautiful thing” is Pine Needle Fire, on which Bramblett continues to channel his singular voice and unique storytelling approach and experiences into something insightful, tuneful and incredibly soulful.

“I do feel like I'm in the middle of a really good creative moment,” Bramblett says, then laughs. “You know, I'm definitely not sliding backwards into some kind of nostalgia thing or whatever.”

He continues. “So I'm just trying to keep pushing forward. Because making music is my life. Besides being a good husband, father and friend and all that stuff, it’s the best thing I can do.”

Six decades in, it’s clear that guitarist/songwriterTommy Talton is still making music for the sheer joy of it. He manages toperform with the energy of a music-obsessed kid and the restraint of a seasonedveteran – because, at heart, he is both.

After two critically acclaimed releases in thelast few years, “Let’s Get Outta Here” Oct. 2012, and, “Until After Then,” Oct.2014, Tommy released his latest works Feb. 2017, “Somewhere South of Eden.”

TommyTalton is a familiar name to many, especially fans of ’70s Southern rock.Talton figured heavily into that part of music history co-founding the bandCowboy, discovered by none other than Duane Allman, who, as legend has it,banged on their door at 7am one day and asked to hear some songs. He thenrecommended them to Capricorn label owner Phil Walden, who sent Allman Brothersproducer Johnny Sandlin to check them out; Sandlin ended up producing severalCowboy albums for Capricorn. Cowboy was recently chosen as one of the Top 10Country Rock Albums of all time by About.com…..https://www.thoughtco.com/top-country-rock-albums-933599) Tommy has played guitar with the likesof Gregg Allman, Allman Brothers Band, Govt Mule, Tedeshi Trucks Band, TheWeight Band, Bonnie Bramlett, Dickey Betts, Martin Mull, Corky Laing, KittyWells and Clarence Carter in addition to his own band. He's still adding to therich tapestry of Southern music, and truly is at the top of his game.

Since AFTM started back in the spring of 2017 as asouthern rock band playing University of Georgia fraternity parties and barsaround Athens, Georgia, the 5 piece unit has developed themselves into a bandwith a sound that you can’t quite put your finger on.

Forrest Whitlark (Vocals) and Will MacLane(Rhythm Guitar), the original members of the band, began playing music togetherin their early childhood. They  broughttheir talents to Athens, GA, where they would recruit John Cherry (Keys) andKelly Bouchillon (Lead Guitar) in the fall of 2017, and then Cam Corsino(Drums) in the spring of 2018. While some members derive their influence fromindie rock and blues, others pull inspiration from classic rock, jazz, andmetal, creating a unique blend of their own cohesive and eclectic sound.

AFTM has quickly gained success as well as asignificant following playing festivals and selling out venues in thesoutheast. Their shows are highly energetic, exciting, and a one of a kindexperience. 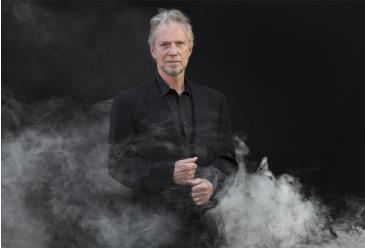