Greensky Bluegrass is an indie-rock and bluegrass band from Kalamazoo, Michigan. The five-piece band released their first album “Tuesday Letter” in 2006. After releasing several albums, their record “Handgun” reached the No. 3 spot on the Billboard Bluegrass Albums chart. Their success continued, when their fifth and latest album, “If Sorrows Swim” reached the No. 1 spot on the Bluegrass chart, and the No. 4 spot on Billboard’s Heatseekers chart. Greensky Bluegrass is now on their national fall tour, where they are expected to play several unrecorded concert staples, as they have done on previous tours.

General Admission, Standing. Livewire is an "open floor" venue to allow artists to connect with their audiences during performance.

If you are interested in VIP Box Seating and Bottle Services, please contact Tyler at TylerP@livewireaz.com or 480-849-5010.

No service fees for tickets purchased with cash at the Livewire Box Office. All tickets subject to the facility fee. Prices subject to change without notice.

Advanced purchase highly recommended as many shows do sell out. 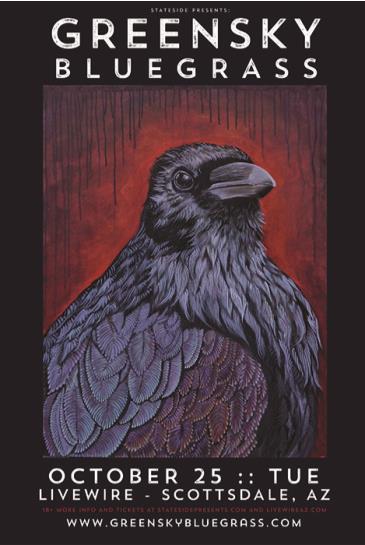