In his 30 year career, Greg Howe has produced, written and arranged ten solo instrumental studio albums along with two collaboration albums with Richie Kotzen of the Winery Dogs. In addition, Howe has contributed to a long list of albums/records by other artists.

Howe has also developed a solid reputation as a technical innovator, particularly for his strong utilization of tapping, unusual time signatures and his "hammer-on from nowhere" legato method. His self-titled debut album "Greg Howe" is ranked tenth best shred album of all time by Guitar World Magazine.

His more recent efforts have found him going deeper into fusion territory with a series of albums that pull from rock, funk, blues and jazz traditions, while exploring the boundaries of what's possible on a six-string.

He's also made a name for himself as a stellar sideman and session musician with artists like Michael Jackson, Justin Timberlake, Christina Aguilera, Rihanna, Enrique Iglesias, and many more.

His TV appearances include The Grammy's, American Music Awards, The Tonight Show, The Today Show, The Billboard Awards, Teen Choice Awards, just to name a few.

In 2006, Shrapnel Records celebrated Greg's 20 year career with "Collection - The Shrapnel Years" - an album containing some of his best musical moments - comprised of shred fest ditties such as "Bad Racket" and "Joker's Wild," as well as the popular "Jump Start" and the funky "Howe 'Bout It." These tracks also contain standout performances by some of the greatest musicians in progressive music, including drummers Dennis Chambers and Atma Anur, Keyboardist Vitalij Kuprij, as well as bassists Billy Sheehan and Victor Wooten along with other world class players.

In 2012 Greg Howe decide to take a break from the instrumental world and announced that he would be putting together a rock band named Maragold, which had much international success.

Greg Howe's new album, "Wheelhouse" marks a highly anticipated return to his solo instrumental work. It features Greg Howe at his best along with an appearance from guitar legend Richie Kotzen (Winery Dogs, Mr. Big) and legendary keyboardist Ronnie Foster (Stevie Wonder, George Benson). Described by Howe as his most personal work to date, the album is destined to again set the bar for guitarists everywhere.

Musical trends may come and go, but you always know what's in store with a new Greg Howe release, and this veteran guitarist certainly won't disappoint with this breathtaking showcase as one of the best rock/fusion players in the world. 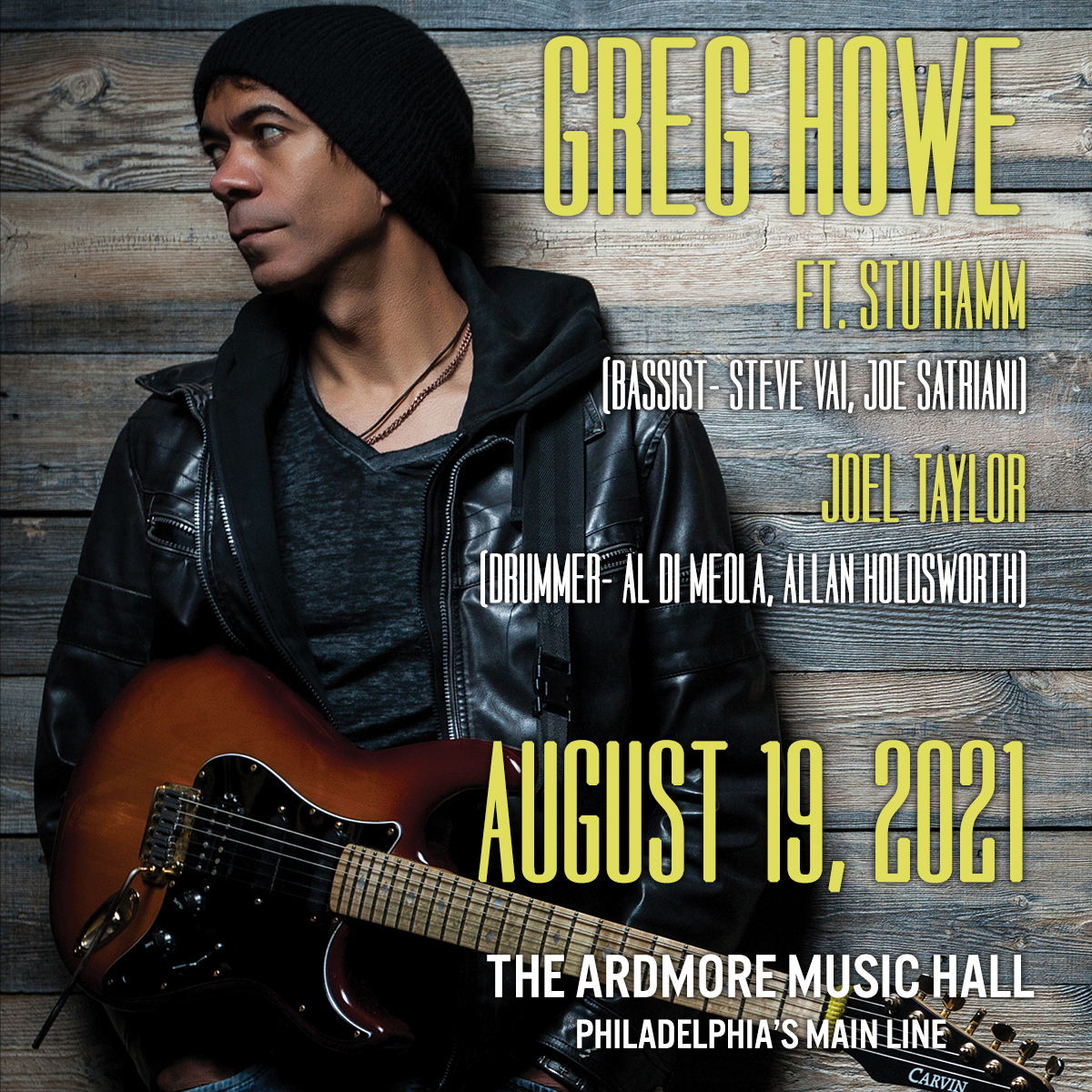