ABOUT:
It is a true, and nowadays rare, musician who writes lyrics so vulnerable and authentic that an audience is irrevocably captured by the powerful experience of sharing the journey. An album that is essentially an autobiographical account of personal mistakes, change, and growth, offers listeners a chance to reflect on their own experiences and connect with another’s story.

With Griffin House’s upcoming album, So On and So Forth, it is clear the artist digs deep and offers up his narrative after much reflection. House is now a young family man and artist who is choosing sobriety and celebrating the path to his success, through songs which share his perspective on how people remember the past with rose-colored glasses, how we grow up and realize what we deeply need, and how we must find happiness in ourselves in the present.

“The record has a lot to do with recognizing the ego in one’s self and letting it die. It can feel like your whole identity is being wiped away, and you don’t even know who you are anymore. For the person singing these songs, holding on to one’s own individuality in order to remain special or important in the world has started to became far less important than being content with being a good, decent, and loving person. But old habits die hard,” adds House.

The project was tracked last summer at Lakehouse Recording Studios, in Asbury Park, New Jersey. House’s ties to Asbury Park go all the back to 2004, when he was invited to tour with Patti Scialfa. His first show in the boardwalk town was opening a show for Scialfa at the Paramount Theatre. It was there that Griffin met her husband, Bruce Springsteen, and all the wonderful characters in their crew and band. Those memories and experiences made returning to Asbury Park over a decade later to record So On and So Forth feel like a full circle moment in his career.

House recorded the essentially live project with no click track and very little overdubbing. Lakehouse owner, Jon Leidersdorff, helped assemble the band. Prior to walking into the studio, House had never met the musicians and had no idea how the songs would turn out. He adds, “The experience ended up being one of the most fun and positive of my career. The process was stress-free and freeing.” The resulting album reflects this journey — a leap of faith with triumphant results.

Recording and performing for over a decade, House has toured with Ron Sexsmith, Patti Scialfa, Josh Ritter, John Mellencamp, Mat Kearney, and The Cranberries. He received early critical acclaim on the CBS Sunday Morning, and his songs have since been featured in countless films and television shows such as One Tree Hill, Army Wives, and Brothers and Sisters. He has also appeared on Late Night with Craig Ferguson. Most recently, CNN Newsroom invited House to perform “Paris Calling,” from So On and So Forth, live on the air, and the song has been picked up by radio prior to being serviced. House has released ten albums and continues to headline his own national tours. He lives in Nashville, Tennessee with his wife Jane and their two daughters. 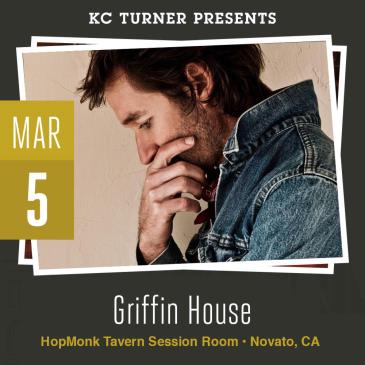