Think The Band's "Big Pink" album and add a splash of hot sauce with "Willin" by Little Feat  this group of New Orleans vagabonds nails it.

Founded in the wake of Hurricane Katrina, Honey Island Swamp Band is the recipient of numerous New Orleans music awards and has produced five acclaimed full length albums since 2006.  Currently at work on their sixth record, the band is back on the road as live music venues continue to reopen nationwide.

New Orleans, LA or San Francisco, CA From the pristine waters of the Honey Island Swamp to the vibrant streets of New Orleans, to the hazy corner of Haight-Asbury in San Francisco, this band has endured devastation, relocation, and revitalization. A group whose sound has been tagged Bayou Americana, the Honey Island Swamp Band takes the hammer to the nail with the help of producer Luther Dickinson, and presents blues, country, soul, and R&B with swampy New Orleans rhythms.

The Honey Island Swamp Band, which formed in San Francisco, CA via New Orleans after Hurricane Katrina displaced the founding members. With little hope of returning to their beloved city, the band channeled the blues and emotions of their circumstances to develop a soulful style and sound that critics have compared to legendary Blues-Roots-Rock Artists such as The Allman Brothers, Little Feat and The Band. 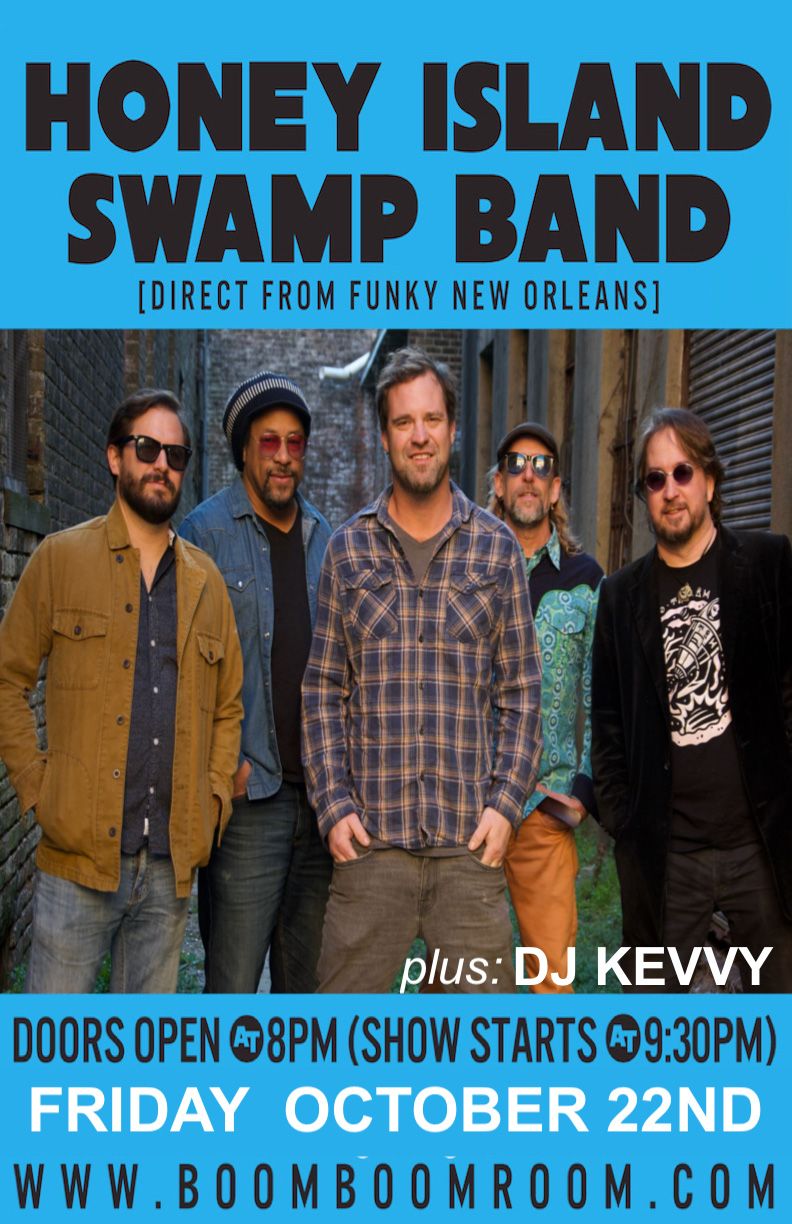