HUSTLE SOULS *Free Event: Thank You For Saving Our Stage*

*Free Event: Thank You For Saving Our Stage*

Hustle Souls is an Asheville, NC based 4-piece who blend dust-covered-vinyl soul nostalgia with modern sensibility.; recently named one of "Music Connections" Hot 100 Live Unsigned Artists & Bands. Driven by a lust for songwriting, the band’s fervid live performance is heightened by undeniable instrumental prowess and 3 part vocal harmony. With relentless touring, sold out shows and major festival appearances the band has earned a reputation as one of the East Coast’s most promising acts.

​"They are...worthy of being included in that brilliant soul music canon, a heritage that features some of the
greatest performers and writers that have ever graced this earth...Hustle Souls...take a nostalgic trip back to those classic brass-infused sounds. They love New Orleans, they dream of Muscle Shoals and they have a soft spot for the mystical powers of Dr John. You would be doing yourself an injustice if you don’t pick up a copy of ..Daydream Motel EP." - AB Records issue 46

"A nice slice of Americana that you don't run across enough unless you spend a lot of time at Nawlins funerals, this crew colors outside the lines adding fun and funk to the proceedings and crafting their own party on the outskirts of town. Powered by chops that know the terrain, this is a fun time for left leaners." - Midwest Record

"Their blend of jazz, pop, and rock is inventive and captivating. Their lines are on point and their sound is tight, creating space for Billy Litz's rabbit hole musicianship. And you can f***ing dance to it. Friday night was a revelation, I'm already looking forward to the next one.” - Caleb Calhoun ​ 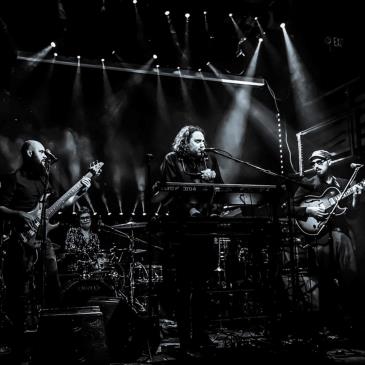