The platinum-certified Chicago-born and Los Angeles-based singer and songwriter exudes an empowering level of charisma and confidence earned by a quiet, decade-long grind. Along the way, her dynamic presence powered three solo albums—Listen Up! [2012], Better [2016], and What’s That Sound? [2017]. Meanwhile, her take on the Elvis Presley classic, “Can’t Help Falling In Love,” received a platinum plaque from the RIAA and generated over 150 million Spotify streams and 70 million YouTube views within three years of its release. As a sought-after talent, she not only regularly collaborates with Post Modern Jukebox, but she also dueted with legendary star Jeff Goldblum on two tracks from the chart-topping jazz standards collection, The Capitol Studios Sessions, and joined him for an unforgettable performance on Jimmy Kimmel LIVE!. In 2019, she continued pushing boundaries by lending her voice to Vicetone’s hit “Something Strange.” Expanding her oeuvre, she even voices a character on the NETFLIX hit F IS For Family.

Brandon James is a Chicago based powerhouse vocalist that is not only sultry, but grips you with waves of raw emotions featuring a contemporary soul and R&B Pop sound. Exposing you to tingles of both Stevie Wonder & John Legend, he leaves his own mark with unforgettable performances at venues such as UIC Pavilion, House of Blues, Reggies and HVAC where he’s opened up for acts such as Ryan Leslie, Method Man, Ghost Face, Bubba Sparks & the iconic Earth Wind & Fire. 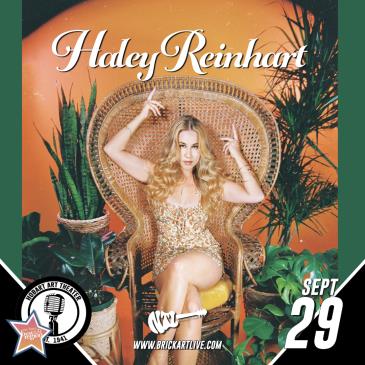