No matter how much everything changes in culture and the world at a large, heavy metal endures. It empowers. It engages. It engenders strength and it outlasts fads. The same can be said for HAMMERFALL. Since forming in Gothenburg, Sweden during 1993, the now quintet of Oscar Dronjak [guitar], Joacim Cans [vocals], Fredrik Larsson [bass], Pontus Norgen [guitar], and David Wallin [drums] have weathered the many storms of changing trends within the music world to stand tall as pioneers that continue to wave the flag of Heavy Metal.

This message rings out louder than ever for HammerFall in 2022. The group’s impact can be felt in nearly every corner of heavy music. Among many accolades, Rock Hard touted the 1997 debut, Glory to the Brave, in its book The 500 Greatest Rock & Metal Albums of All Time. 2000’s Renegade bowed at #1 in their home country and went gold. In 2002, Crimson Thunder yielded the seminal “Hearts On Fire.” With 51 million Spotify streams to date, the song notably became a theme for the Swedish Olympic Women’s Curling Team, which led to the band performing the opening ceremony at the European Athletics Championships in front of a global audience of 250 million. In addition to playing everywhere from India to Australia, the group has shared the stage with everyone from Iron Maiden and Rammstein to Dio. 2014 saw (r)Evolution bow at #1 on the Billboard Heatseekers chart in addition to topping charts back home. During the soon thirty-year career, the Swedish titans have topped album charts both in their home country as well as internationally, sold out tours, reached Gold status and have accumulated 240 million Spotify streams and over 130 million YouTube views.

In true HAMMERFALL fashion, their last studio album, Dominion, received widespread praise from the fans, their peers and the industry. The riffs hit harder, the rhythms thundered louder and the choruses soared higher than ever. This was classic HAMMERFALL but turned up to eleven. 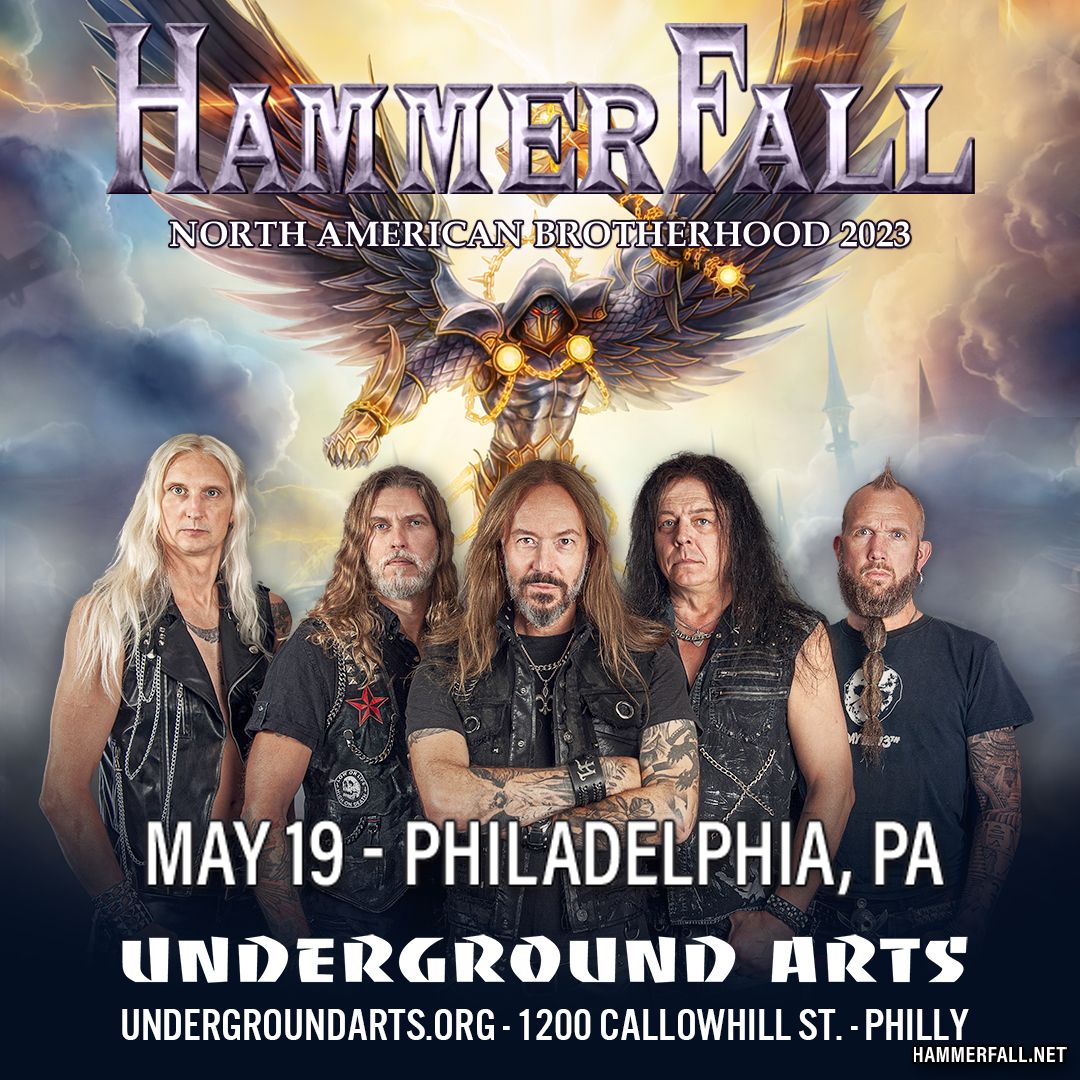