Join us for a great night of country music!

When asked point blank what his blood relation to Hank Williams is, “I ain’t gonna tell you that,” Butch responds, laughing. “We’re closer than you will ever know.”
Butch goes on to say, “That’s the reason Ricky gets the name Hank Williams IV. Me, Hank Jr., neither one care, ’cause me and Hank Jr. has talked about it and he said, ‘Hell, go for it.’ Ricky is carrying on a family tradition. He’s almost the only one left to really go on with the Hank Williams music.
https://www.hankwilliamsiv.com/ 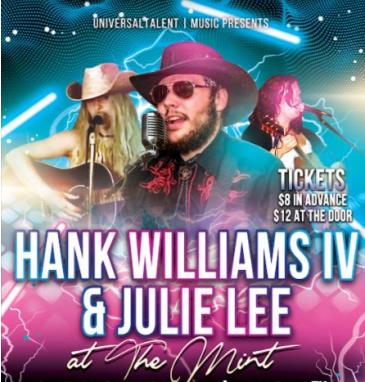