*THIS SHOW NO LONGER HAS COVID REQUIREMENTS FOR ENTRY*

It took award-winning music producer Hayden James one song to become a sound of the Australian summer. ‘Something About You’, released in the heat of December 2014 by Future Classic, lit up the pop music scene and gained Gold Certification in Australia. Today the artist’s electronic pop music has hooked a global audience on his sound, with a collection that has amassed over half a billion streams.

Following the release of ‘Something About You’, Hayden James played sold out venues world-wide while producing tracks for Katy Perry. October 2017 marked the release of ‘Numb’ featuring GRAACE, which scored Platinum certification in Australia and landed at #32 on Triple J’s Hottest 100. This kicked off a massive headline tour of North America and attracted more media interest, with Hayden’s interviews drawing fans to his easy-going nature and sense of humour as well as his music.

Hit singles “Better Together” featuring Running Touch and ‘Just Friends’ featuring singer Boy Matthews sealed 2018 as Hayden James’ break out year, leading into his long-awaited debut album ‘Between Us’ in June 2019 which cemented Hayden as one of Australia’s most influential pop producers. The well- received mixture of energetic dance floor cuts and downtempo tunes features artists such as NAATIONS and Panama. In the same year, Splendour in the Grass saw the unveiling of his brand-new live show, kicking off a world tour, with this success leading to an ARIA Nomination for Best Male Artist.

2021 was a standout with collaborations including the likes of Gorgon City, Nat Dunn, Crooked Colours and Yaeger. The producer is also working on his highly anticipated second album to be followed by Hayden’s most ambitious and biggest Australian, N. American and European headline tour & festival run to date.

Cassian is a live electronic musician currently based in Los Angeles. An accomplished producer, DJ, and mixing engineer, he has cemented his name as one of the most versatile talents to emerge from Sydney's flourishing electronic scene. In 2018, Cassian became the first artist on RÜFÜS DU SOL's imprint Rose Avenue, where he's released buzzing singles "Lafayette," "Same Things," and "Magical" with ZOLLY (Phil Slabber of Crooked Colours). A respected and seasoned performer, Cassian has played for tens of thousands alongside the likes of Hayden James, Dom Dolla, RÜFÜS DU SOL, and Yotto, while also selling out headline shows and commanding festival sets. Now, after a year filled with new singles and remixes, a second ARIA award, and a Grammy nomination, he's gearing up to release his long-awaited debut album, ​Laps:​ a raw, analog-driven LP showcasing his tenacity for polished songwriting and dramatic sonic landscapes. Cassian is undeniably coming into his own as an artist, and it's impossible not to be excited for what's to come. 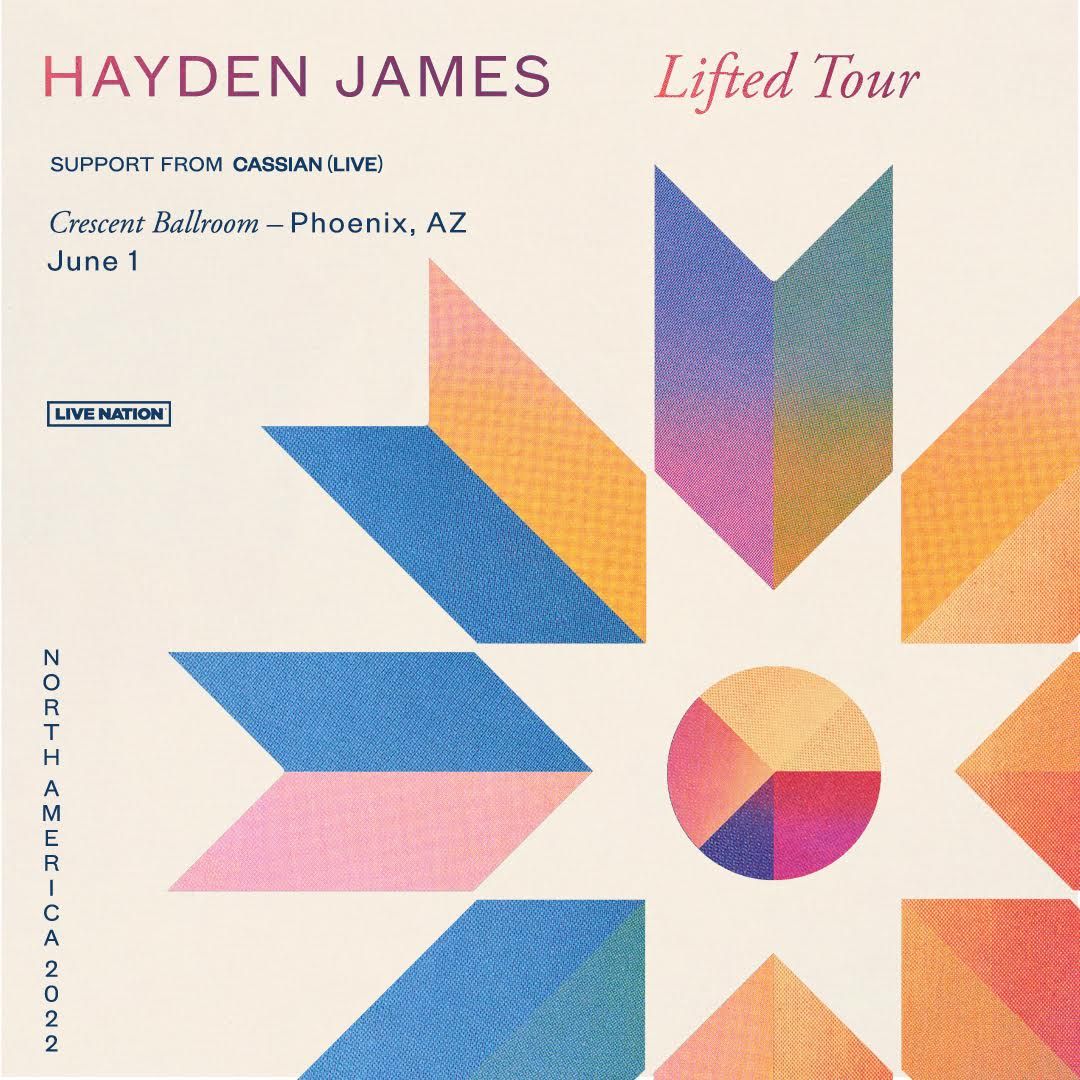