Music runs deep in the DNA of Tyler and Shane Fogerty.

And true to their heritage, they've created their own strand as Hearty Har, whose debut album RADIO ASTRO is the work of rockers who are seasoned beyond their years and live up to their Rock and Roll Hall of Fame lineage with a strand of that DNA they can truly call their own.

The sons of John Fogerty have been working under the Hearty Hear moniker for since 2012, honing their crafts as songwriters and studio hands into a fully formed enterprise. RADIO ASTRO shows off the brothers' wide-ranging musicality; diversity while capturing an identifiable core sound from sibling chemistry. And plenty of hard work.

"We both really like to record and be in the studio," Tyler says. "We've spent a lot of time experimenting and honing and learning how to use everything. Our whole thing is ``Let's just make good-sounding records and songs." Shane adds that, "I feel like we're constantly chasing something new and something exciting, trying to find sounds and trying to expand what we've done so far and always trying to elevate it. I think that's the goal and what we're trying to follow."

The 11 tracks on RADIO ASTRO more than bear that out. With Tyler and Shane writing on their own, and two tracks composed together, the set kicks off in garage rock, lava lamp shimmer of "Radio Man" and over the course of the album Hearty Har runs a gamut from the psychedelic blues of "One For the Other" to the gritty, Stax-flavored  soul of "Calling You Out," the Brit pop nods of "Don't Go Looking For Me" and "Get Down," touches of Middle Eastern in "Fare Thee Well" and a sprawling instrumental, "Canyon of the Banshee," that lets the group "kind of flex our muscles," according to Tyler.

Ask the brothers about their influences and they'll talk about the Beatles, the Kinks, the Rolling Stones, Electric Light Orchestra and Ennio Morricone -- which they stirred into their own kind of sonic stew for RADIO ASTRO.

"We're definitely open to experimentation and go down that route a lot with sounds and stuff. We don't just plug in and do what works," Shane explains. "I think our strength is we don't really classify ourselves to have one kind of specific sound every time. Each song has its own path to follow."

The Fogertys’ grounding in musical ambition dates back to birth, practically, with osmosis -- including plenty of time accompanying dad on the road -- playing as much of a part as training or conscious thought. Shane, who's been part of his father's band since 2011, acknowledges that there was a time he "pushed away the music side," focusing on skateboarding and other activities, while Tyler developed interests in art and photography that continue to this day. "We never felt pressure to do (music)," says Tyler, who was featured during shows on John Fogerty's 50 Year Trip Tour during 2019.  Nevertheless, Shane studied music at the University of Southern California, while Tyler spent his college years at the California Institute of the Arts (CalArts).

They started Hearty Har -- the name popped into Tyler's head while watching a Bruce Springsteen concert in London's Hyde Park -- during that time, with Tyler's "acoustic, folk kind of songs" gradually expanding, especially after Shane became part of the band. The group did play out, but when the brothers built a studio at home in Thousand Oaks, Calif., the potential for Hearty Har truly became evident.

"We got really focused on getting the sounds we wanted," Tyler recalls. "We had recorded before, but it just seemed like all the engineers we were working with didn't really understand what we wanted. Once we had the studio, it started to get exciting."

Part perfectionists and part mad scientists, Tyler and Shane acknowledge they've discarded more ideas than they've taken to completion over the years. The songs that meet those exacting standards share a timeless urgency; You can imagine hearing "Can't Keep Waiting" or "Don't Go Looking For Me" or "Get Down" or "Scream and Shout!" at Woodstock -- or Lollapalooza. And there's openness in many of the arrangements that would have man a remixer licking their chops over.

The good news is there's more where RADIO ASTRO came from. While Tyler and Shane are looking forward to taking Hearty Har to the stage, the studio remains their fertile playground. And that makes the album just the first of what they hope will be a great many creative statements moving forward.

"I just hope people love it and appreciate it," Shane says. "I feel like the music speaks for itself, and when people hear it they'll understand." 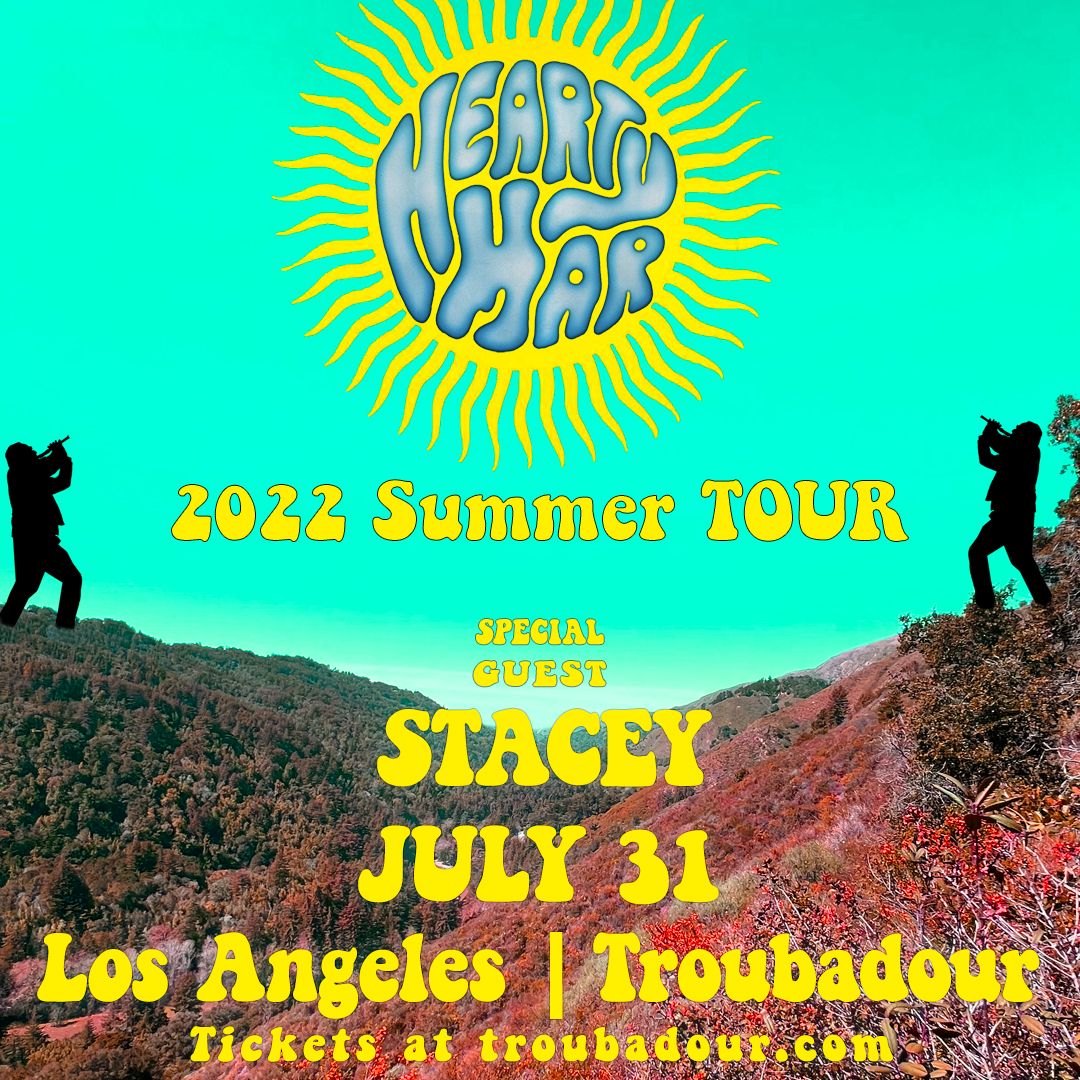