HERO JR’s new album “Everyone” was recorded live in the band’s rehearsal space during the end of 2019 and throughout 2020. Evan Haughey and Ken Rose have been creative partners for almost 15 years and although they sat down with acoustic guitars and wrote the nine original “Everything” songs in a week, the band spent more than a year “living” with the songs until they settled into their current versions. In the past HERO JR honed their new material on tour, but in the midst of a pandemic, and a music business stand-still, breaking in new material in front of an audience was impossible. “We had the time to explore each song and arrangement letting them take us where they wanted to go. The pandemic kept us off the road but gave us the gift of time that we never had to develop our songs. The band recorded different versions of the new songs, all live, with no overdubs and the arrangements fell into place with each member contributing their own voice.” One of the band’s musical trademarks is improvised breakdowns that offer the listener unexpected detours within the rock and roll song structure. HERO JR is not afraid of extremes and can seamlessly integrate heavy riffs and grooves with funk and spacey soundscapes without losing their identity as a rock band. Lyrical themes on “Everyone” range from introspection, growth and change (“Motion Sickness”), social conditions (“Born In It”), to a tribute honoring Chicago frontman and guitarist Terry Kath (“One For Me One For You”). While Haughey and Rose write from their own WATCH HERO JR. LIVE - THE LIVING ROOM SESSIONS STARTING 2/2021 personal experiences listeners often find their own connection, as “Everyone” leaves plenty of room for the listener’s imagination.

HERO JR’s cover of Eleanor Rigby exhibits the band’s confidence and ability to take a classic song and make it sound like their own. Eleanor Rigby, which has been a HERO JR live and soundcheck staple has finally found it’s way onto a studio album. “Our fans always ask us to include Eleanor Rigby on an album and our version fit in with this batch of songs.”

The new album cover, designed by acclaimed artist Kevin Christy, is the perfect visual companion to the energy, sound, and structure of the new songs. The band met Christy on tour in Colorado in 2016 and have remained in contact since.

“Everyone” is HERO JR’s most cohesive batch of songs to date and can partially be attributed to the addition, in 2017, of current drummer Ryan Keyes, whom the band often says is their missing link. Keyes has the power and dynamics of a great rock drummer and a personality to match. As the saying goes, a band is only as strong as their drummer and Keyes exhibits that strength on and off stage. A few months into the pandemic and during the recording of the new album Keyes, at 28, was diagnosed with testicular cancer and he has undergone a successful operation and chemotherapy. It was a trepidatious time as the band hunkered down, supporting their drummer, and together they all came out of the experience as an even tighter unit. Keyes, bassist Dave DuBrava, and Haughey are the ultimate rock and roll rhythm section, their foundation allowing Haughey’s vocals and Rose’s guitar to explore jams that the band kept on the album.

With an essence somewhere between the excitement of Nirvana and the heavy simplicity of early Black Sabbath and 70s British rock, HERO JR gives listeners all the expected dynamics, power and unscripted performances of a great classic rock band, with melodic, lyrical and musical hooks that keep listeners singing along.

Having supported diverse headlining rock artists Alice Cooper, Tom Petty, John 5 & The Creatures, Kings X, The Offspring, LA Guns, Jared James Nichols, Tantric, Daughtry, and more, HERO JR is truly in their element live on stage, performing over 850 national shows since the band’s first incarnation in 2010. In terms of work ethic, dedication to their craft, and influences, HERO JR is an old school band, their crisp live sound setting the bar for modern rock music. HERO JR has a reputation for playing different shows each night, often stretching their well-written rock tunes into epic jams. Not only is HERO JR a world-class rock outfit, but their last 10 years on the road together have bonded them as a tightly knit family whose musical vision, emotional experiences and growth have melded into a well oiled, creative machine.

In a world of calculated arrangements and production, where rock bands are often more pop than rock, HERO JR records as they perform. All live. No overdubs. HERO JR is all about the “perfect imperfections” reminiscent of classic rock artists. After more than 10 years of touring Hero Jr. doesn’t need to talk about their music. It speaks for itself and the band is comfortable with that. Rock and roll is about capturing magic moments and “Everyone” succeeds. Turn up “Everyone” and it sounds and feels like you have a world-class rock band in your living room and that is the way it should be.

Moxxie is a fierce, heavy-hitting, fuzz rock power duo.  As 2019 “’Gold’ winner of the Indy Star’s Best Local Band or Musical Artist,” Moxxie is a force in the Indianapolis music scene. Since 2016, they’ve played all around town from the Indy Pride Festival to the WFYI Small Studio Session to regular performances at the famous Vogue Theatre and HiFi Indy.

All this hype around Moxxie has gained national attention. They’ve shared a bill with the likes of Lizzo, Florence and the Machine, K. Flay, AWOL Nation, 311, Blue October, and David Cook, just to name a few.

Moxxie is made up of two badass musicians: Jessie Phelps and Rocky Rodriguez. Jessie is the quintessential front woman. She is the essence of Moxxie and its creative force. Her lyrics are simple, yet compelling and memorable. Her crunchy guitar makes you want to break shit. Rocky is the backbone of the band. She provides rock-solid time, killer grooves, and tasty fills. Together they form the band that has caused so much hype in Indianapolis. 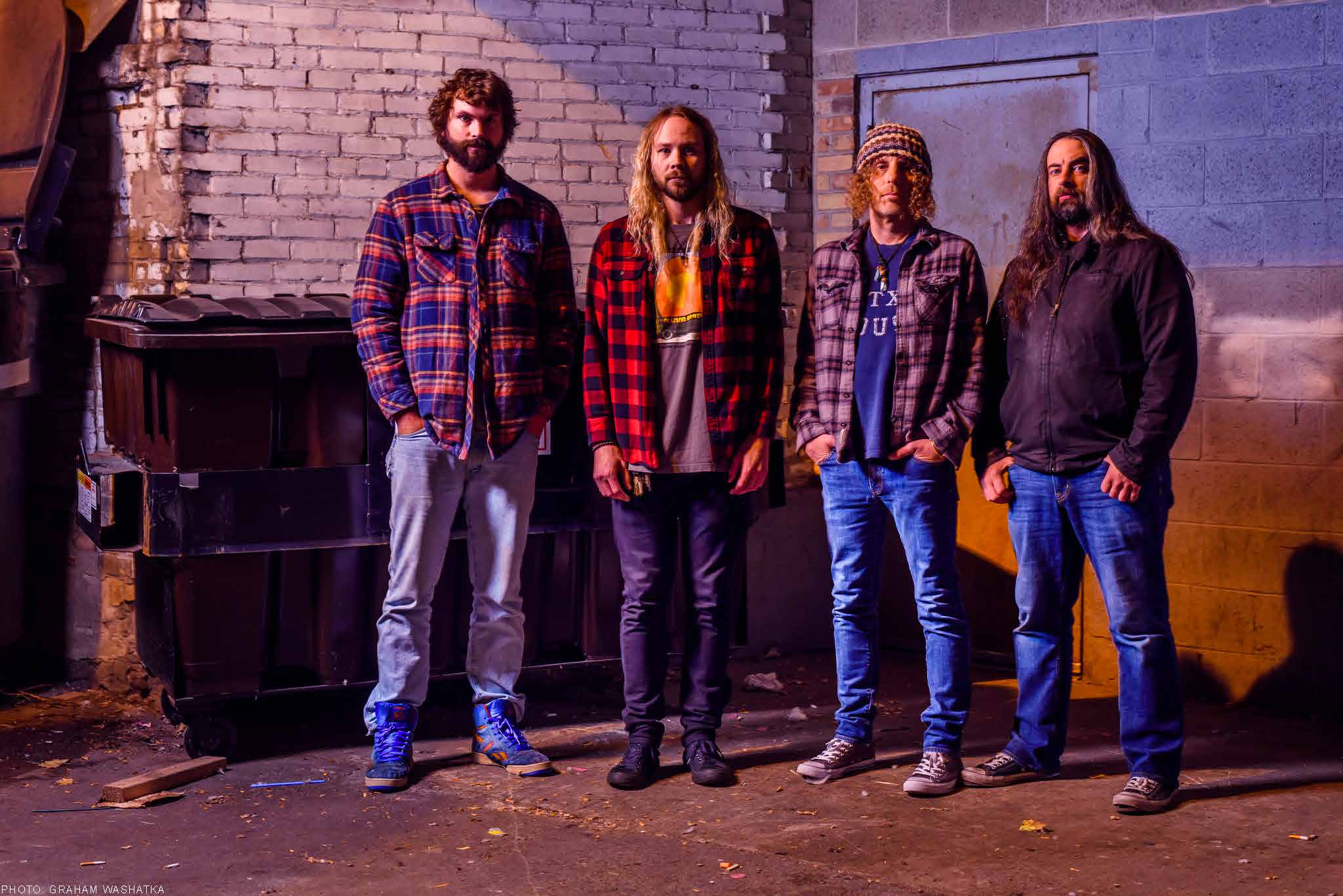