This 8 piece band is made up of some of LA’s best up and coming studio and performance musicians. Barry Chase on guitar and vocals, Brendan Flavin on bass and vocals, Sam and Aaron Ferguson on guitar, Alessandro Bertoni on Keys/Synth, Jamie Moreno on percussions and Kat Flavin and Kali Harrison on backup vocals.

Come and enjoy an evening of Pink Floyd favorites including songs from Animals, The Wall, and Dark Side of the Moon. Great Visual effects from concerts past will add to the overall feel and sound of this tribute to Pink Floyd! 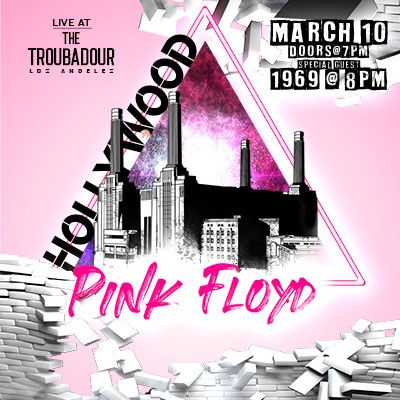