The Hot Water Music performance at Great American Music Hall on January 21, 2022 has been rescheduled to July 9th, 2022. All original tickets will be honored at the show and no exchange is necessary.

Hot Water Music. Those three words describe more than just a band at this point, they describe a way of life. Since forming in Florida in 1994, the act have constantly reinvented themselves by combining elements of punk rock and post-hardcore over the course of eight full-lengths, countless vinyl releases and energetic live shows.

After grinding it out on the road for over two decades, Hot Water Music have finally reached a place where they are comfortable with who they are and the fact that they can operate the band on their own timeline without worrying about album cycles or endless tour schedules. “It's kind of cool to be still learning more about the band after twenty five years and the dynamic between the four of us is really fun and mellow in the sense that things aren't so hard anymore,” Black explains. “This milestone is really important to us because we never had any idea that the decisions we were making when we were younger would dictate the rest of our lives,” adds Ragan. 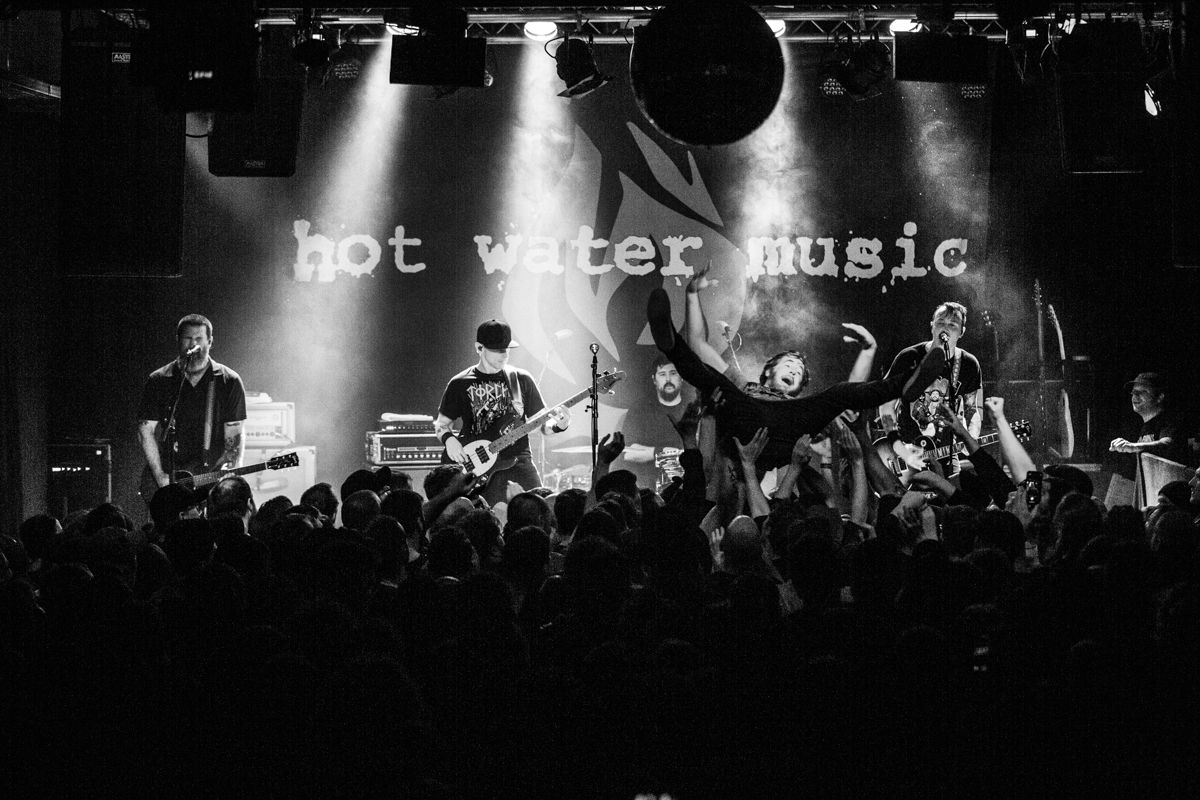