Houndmouth is an American alternative rock band from New Albany, Indiana formed in 2011, consisting of Matt Myers (guitar, vocals), Sam Filiatreau (bass, vocals), Shane Cody (drums, vocals), and Caleb Hickman (keyboard, vocals). Houndmouth formed in the summer of 2011. Nostalgic sounds from their first album seemed to serve as a welcome escape for listeners from the relentless demands of the digital age. This led to performances on Letterman, Conan, World Cafe, and several major festivals (ACL, Americana Music Festival, Bonnaroo, Lollapalooza, and Newport Folk Festival). SPIN and Esquire.com named Houndmouth a “must-see” band at Lollapalooza, and Garden & Gun said, “You’d be hard pressed to find a more effortless, well-crafted mix of roots and rock this year than the debut album from this Louisville quartet.” Through their humble start, genre-defining hits, and experimentation, Houndmouth makes an impact with their unique take on storytelling through music. 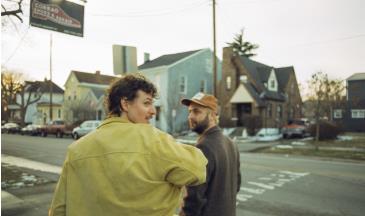