Ian Noe draws on the day-to-day life of EasternKentucky on his debut album, Between theCountry. Recorded in Nashville with unhurriedproduction by Dave Cobb, these 10 original songsintroduce a number of complicated characters,diverse in their own downfalls but bound togetherby Noe’s singular voice.“I’ve always thought that Eastern Kentucky had a certain kind of sound, and I can’t really explain it any better than that,” he says. “What I was trying to do was write songs that sounded like where I was living.”The lead track, “Irene (Ravin’ Bomb),” sets the tone for the album, telling the story of an alcoholic woman who fails to conceal her addiction from her family. Throughout the remaining tracks, family relationships are tested, bad decisions are inevitable, and more than a few people meet an untimely end. Titles like “Junk Town,” “Dead on the River (Rolling Down)” and “Meth Head” capture the dramatic situations faced by people in the region.However, Between the Country is not necessarily an autobiographical album. Instead, Noe absorbed these harrowing experiences through people he’s met or stories he’s heard. Not yet 30, Noe was raised as the oldest of three children in Beattyville,Kentucky, where his parents still live in the house he grew up in. His father is a longtime youth social worker, while his mother has been employed by the same local factory for more than 20 years.Noe learned to play guitar from his father and grandfather. As a young boy, he adored Chuck Berry’s “Johnny B. Goode” and spent years trying to emulate Berry’s way of playing guitar. Before long, Noe could pick country standards like “I Saw the Light” and “Wildwood Flower.” By his teen years, he gravitated to Bob Dylan and John Prine after discovering them through his family’s music collection. Neil Young soon became another favorite, along with Dwight Yoakam and Tom T. Hall, who hail from the same part of the state.Noe says, “There’s a silence about Eastern Kentucky. It’s quiet, at least where I was raised. There are a lot of places you can go and write and listen to music and not be bothered.”All through his childhood, his great aunt often asked Noe if he’d written any songs yet. By 15 or 16,he decided to try. A family friend, who was also a manager at the Dairy Queen where Noe worked in high school, offered to help him book a few shows and get some songs recorded. Although Noe considers them just bedroom recordings now, the discs gave him something to sell when he started 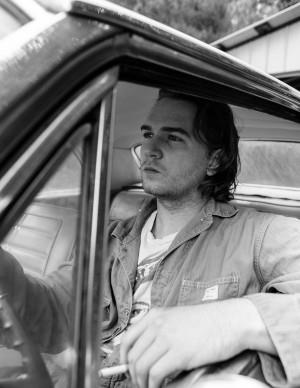