﻿IDLEWILD SOUTH, The  Allman Brothers Band Tribute, was founded by keyboardist and vocalist Don Eason, a veteran musician whose initial influence of The Allman Brothers Band's live performance goes back to his first concert experience of the band on Easter Weekend of 1970, at The Winter's End Concert in Bithlo, Florida.  A duo of drummers, Ricky Grubbs and John Flowers, plus percussionist John Martin provides the foundation with bassist Tim Smith rounding out the rhythm section. Slide Guitarist/Vocalist Dave George and Lead Guitarist/ Vocalist Tommy Hartley bring forth the dual guitar harmonies and searing guitar leads Duane Allman and Dickie Betts pioneered in the late 1960's. In the tradition of The Allman Brothers Band, IDLEWILD SOUTH's live shows can exceed a staggering 3 1/2 to 4 hours  in length. The set lists are different every night, drawing from The Allman Brothers Bands’ self-titled debut album, 2nd album Idlewild South, Live At Fillmore East, Eat A Peach, and Brothers and Sisters, all recorded between 1969 and 1974. A few select songs from their albums between 1989 and 2000 are also included.  In 2018 & 2019 IDLEWILD SOUTH has had the privilege of having Johnny Neel (Allman Brothers Band), Bruce Katz (Gregg Allman Band) and Lamar Williams, Jr. (Son of former ABB Bassist Lamar Williams) sit in for multiple shows. All of these great musicians will continue to play with IDLEWILD SOUTH as scheduling permits. In September of 2018 IDLEWILD SOUTH was invited to play for the Georgia Allman Brothers Band Association's annual "GABBAFEST", including a set at The Allman Brothers Band Museum, "The Big House", a most humbling and privileged experience.  The band has been asked back to play 4 shows for "GABBAFEST 2019", September 19 - 22. 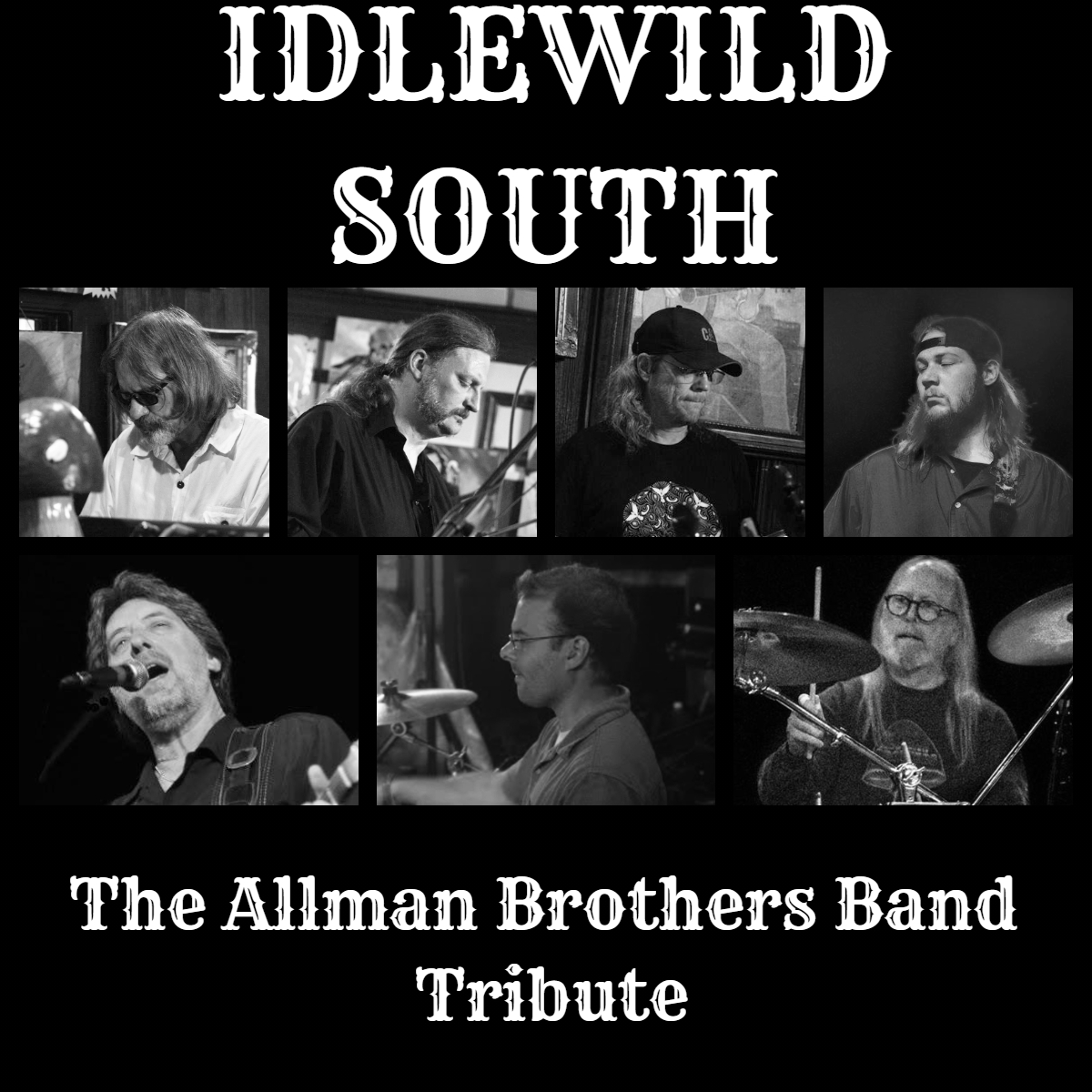