Her daddy played the fddle and her mama dreamed of singing in the Grand Ol’ Opry. Iris was born in 1961 in Paragound, Arkansas, the last in a litter of 14 kids! When the family farm failed, they ended up in rural southern California, where Daddy worked as a janitor. The whole family had always sung, both at home and in their Pentecostal church –  for a time her sisters performed gospel as the DeMent Sisters. “My parents wanted the boys to be preachers and the girls to be singers—forget college and all that stuff,” she says. Besides gospel, Iris loved Johnny Cash, Aretha Franklin and Bob Dylan. She wanted to write her own songs, but, “I was so intimidated by the idea of these people who could really write songs that I could never get one right for me.”

So she dropped out of school, left home at the age of 17, and bounced around the country. But her songwriter calling refused to die. At 25, she was living in Kansas, taking a creative writing course, when the songs began writing themselves in her head. Lacking piano, she bought a guitar.   Inspired by a drive through a deserted Oklahoma village, she wrote her first complete song, “Our Town.”  The rest, as they say, is history.

She moved to Nashville where she landed a record deal with Rounder. The combination of her stunning voice and elegantly simple songs immediately attracted fans the likes of Emmy Lou Harris and Nanci Griffith, who both invited her to record with them. Her own debut album,Infamous Angel, was released in 1992, complete with the great John Prine’s endorsement in the liner notes.   Rolling Stone would later write: “One of the essential albums of the 90s.”

The album did not go far on the charts, but at the time critics gushed. “She has the straightforward, pure delivery of a Loretta Lynn or a Hank Williams, a voice that doesn’t compromise…” (The Guardian).  Soon she was touring with Nanci Griffith, John Prine, and Mary-Chapin Carpenter, and even put in an appearance at an inaugural gala for Arkansas-born President Bill Clinton. Her second album, “My Life,” earned a Grammy nomination, and so did her third album, “The Way I should,” produced by Randy Scruggs.

By now her music, always an honest mirror of her inner life, was growing darker, more political. The Way I Should, says one publication, “marked a dramatic change not only in its more rock-influenced sound but also in its subject matter; where DeMent’s prior work was introspective and deeply personal, The Way I Should was fiercely political, tackling topics like sexual abuse, religion, government policy, and Vietnam.”   “To me,” responded Iris, “[the songs are] pretty personal; these are things that affect my life and the lives of people I know.”  Even so, the album sparked extreme reactions.   In an interview in No Depression Magazine,  she admitted she was unprepared for it.  “I guess I was a little ignorant as to how much of the response would be directed not at the song but at me personally.”

The songs stopped coming. For a long, long time.  She withdrew into a different life.   She summed up the period in a few pat phrases. “I got divorced, I bought a house, I remarried, I made some new friends and got back in close with old friends, I started working a lot less, eating a little better, resting a little more.  I’ve been gardening. Basically just having more of a home life, something I didn’t have much of for a while there.”

And the second marriage?  Oh, that’s where the writer’s block ended.  It happened with a song.  “I heard it come on the radio one night. I remember looking out the window at the dark prairie, saying to myself, ‘If I ever could figure out how to write  a song, I would want it to be something just like that.’ I had given up on trying to write, and when I heard that song it reminded me how much I wanted to do what he was doing.  And surprises abound – fifteen years later, we’re married.”   The song was Greg Brown’s “The Cheapest Kind.” Brown, a legendary songwriter in his own right,  has been nominated for multiple Grammys.  He is even the subject of a tribute album, “Going Driftless,” which contains 12 of his songs recorded by lady admirers, including Ani DiFranco, Lucinda Williams, Gillian Welch, Shawn Colvin, and of course, his now wife, Iris DeMent.  Since marriage, they’ve settled down in Iowa, on the family farm Brown inherited from his grandpa.  They have a daughter.  Brown founded a record label and donates much of his royalties to causes such as breast cancer research, foster care promotion, and farm aid. Brown’s father, ironically, was a Pentecostal preacher!

Oh, and Iris is writing songs again.  But as always, in her own sweet time.  “Songs would come along here and there and I’d go out and sing them for people, but for a long time I just didn’t know what would become of any of them. Then last year, a door kinda opened up, and a handful of songs walked through and a few unfinished ones came together and I knew I had a record… Some of these songs I’ve had around awhile but I needed time to grow into them. I guess you could say I just wasn’t ready to deliver them in the way that they deserved. I’m glad I waited. It’s taught me to surrender…to trust the natural flow and order of things and not worry about it.”

To just let the mystery be.   And, lucky for fans, her own sweet time is now! 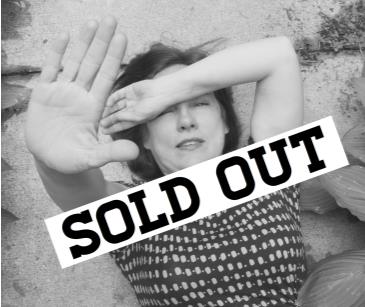