Specializing in a classic-sounding Southern rock/Americana style that emphasizes songs and danceable kinetics over empty hipness and trendy pop gimmicks, J. Roddy Walston and the Business formed in Cleveland, Tennessee in 2002, moving north to Baltimore, Maryland in 2004. After a couple of lineup changes, the band solidified as a classic rock four-piece with J. Roddy Walston handling lead vocals (as well as playing guitar and piano), Billy Gordon on guitar and additional vocals, Logan Davis on bass, and Steve Colmus on drums. J. Roddy Walston and the Business' live shows have garnered them a large following wherever they play or tour. The band released an EP, LMNEP, in 2005, following it with a self-released full-length, Hail Mega Boys, in 2007. Another short-form release, Digital EP, arrived in June of 2010, with a self-titled full-length album, J. Roddy Walston and the Business, appearing from Vagrant Records a month later. A third full-length studio album, Essential Tremors, arrived in the fall of 2013. In support of the album, the band headlined its "Holler and Moan" tour and appeared at the Austin City Limits Music Festival. In 2017, they returned with the full-length Destroyers of the Soft Life, featuring the single "The Wanting."

a cosmic peach striking the flower of time. a soft dream. a fast shoe. somewhere to be. nobody to go.

cosmically put together by the organic juices of the universe.

we have the coco and we use him (Charlie Glenn, guitar).

we have deux peaux and he has the funky foot (Raphael Katchinoff, drums).

we have the biggest boy and he is still growing (Andrew Carper, bass).

we have the casual pink and he will bring his pontoon of followers (J Roddy Walston, keys &vox).

we are the undisputed big tongues of juke juke.

we are coming for your dreams babies and gentlethems!

we are tonight only!

Parker Gispert was still in college when he helped form the Whigs in the early 2000s. But after five critically-acclaimed albums, hundreds of tour dates all over the world with the likes of Kings of Leon, Drive-By Truckers, the Black Keys and many others, and television appearances everywhere from the ​Late Show with David Letterman​ to ​Jimmy Kimmel Live!​, the Athens, Georgia-bred rockers decided to pull back on activity in 2017. Which left Gispert, who had spent the majority of his adult life either in the studio or on the road with the band, at a crossroads. “It occurred to me that if I wanted to record and tour that I was going to need to do it solo,” the singer, songwriter and guitarist says. “I'd always thought about it in the back of my mind as something that I wanted to do one day, but ‘one day’ had never really come.”

Now, ‘one day’ is here in the form of ​Sunlight Tonight​, Gispert’s debut solo album. The album was produced by Grammy winner Emery Dobyns (Patti Smith / Antony and The Johnsons) with drums by Patrick Carney (Black Keys), bass by Samuel Dixon (Adele), and backup vocals from Sol Seppy (Sparklehorse). The album showcases a different side of the artist, to be sure. But it’s one that Gispert felt compelled to explore. “A lot of guys from rock bands that go solo, they just hire another bassist and drummer and go make another album,” he says. “I didn’t want to go that route.” 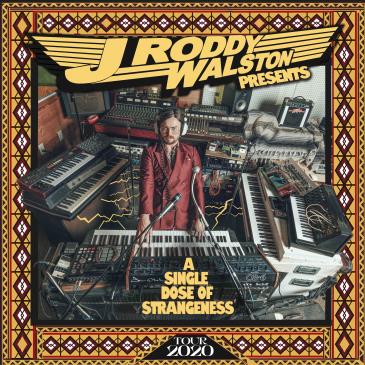