JD McPherson's Indianapolis show at HI-FI has been cancelled. Refunds are available at point of purchase.  Online buyers will be refunded in 1-3 business days. Please direct any questions to boxoffice@mokbpresents.com. You can follow our ongoing list of affected shows here: http://bit.ly/mokb-hifi-covid19updates
Note from JD:
I am beyond sorry to have to announce the cancellation of the Signs & Signifiers shows. Canceling gigs is at the very top of the list of things we can't stand to do - however, for the health and safety of everyone, it is the only option. We will do our best to try and make these happen at a later date. Thank you for all your support! Contact your local venues for questions and refunds.

Known for his highly resonant voice and vintage-inspired sound that nods to '40s R&B and '50s rock & roll, JD McPherson has cut a distinctive path on the roots and Americana scenes. McPherson initially broke through with his propulsive 2010 single "North Side Gal" off his debut Signs & Signifiers. Pairing with bassist/producer Jimmy Sutton, he quickly built a rabid following, and drew critical praise for his soulful analog aesthetic. Subsequent albums, like 2015's Let the Good Times Roll, and 2017's Undivided Heart & Soul, continued to find McPherson building upon his old-school passions while showcasing ever-more stylistically adventurous collaborations with contemporaries like Lucius, Dan Auerbach, and Nicole Atkins.

Born in rural Buffalo Valley, Oklahoma, in 1977, McPherson grew up listening to a wide array of music from traditional country and rockabilly to punk and hip-hop. Although music was always an interest, the singer first worked on his family's cattle ranch and later earned a Master's degree in open media from Tulsa University, eventually teaching and receiving attention for his video art installations. It was while performing with the Tulsa-based roots ensemble the Starkweather Boys that his classic style caught the ear of Chicago retro-rock impresario Jimmy Sutton. He backed Sutton for a few shows and formulated an idea for his own solo project.

In 2010, he released his solo debut, the Sutton-produced Signs & Signifiers (featuring the single "North Side Gal"), on Hi-Style Records. The video for the "North Side Gal" went viral and, along with a heavy touring schedule, helped build McPherson's fan base. Two years later, Signs & Signifiers was re-released to a wider audience on Rounder Records and ultimately reached number 47 on the Billboard Rock Albums chart. That same year, McPherson was invited to join acclaimed British singer/songwriter Nick Lowe on a leg of his West Coast tour. 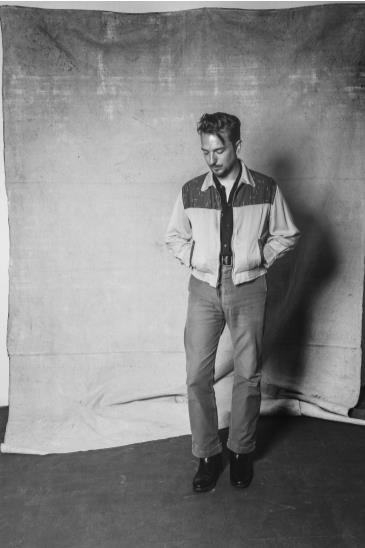