Flymachine is a social livestream experience where you can watch together, in real-time, from anywhere.

Join the virtual crowd in public spaces, private rooms with friends, or your own front-row seat. The choice is yours!

When we say "live," we mean it! No replays, no exchanges, no refunds.

Jeff the Brotherhood was formed 19 years ago in Nashville, Tennessee by brothers Jamin Orrall and Jake Orrall. Jeff the Brotherhood's musical influences stem from 70's psychedelic rock, garage and punk. They tour relentlessly and play shows all over the US and beyond, recently beginning to tour in Europe and the UK.

Jeff the Brotherhood has been featured on Late Night with Jimmy Fallon, the Late Show with David Letterman, in the 2011 comedy movie Cedar Rapids and most recently their song Sixpack was added as part of the updated version of Grand Theft Auto V's in-game radio station Vinewood Boulevard Radio.

Jake and Jamin, who are brothers in real life, were surrounded by the music industry from a very young age, as the sons of Robert Ellis Orral. Jeff the Brotherhood was initially named simply “JEFF” when originally formed in 2001 as a high school band. The very first album, “I Like You” was funded purely through pre orders by audience members from a show performed as part of one of their side projects called The Sex.

Even though the debut release did not gain widespread attention at the time, it did catch the attention of many notable music critics which boosted the bands exposure to many who had not heard the sound before. After working as part of many other side projects and as part of other local bands, most notably Be Your Own Pet, around this time, they eventually moved from native Nashville all the way to Chicago with the dream of pursuing Jeff the Brotherhood full time.

From 2000 to 2009 they produced a number of limited released albums and toured heavily. Jeff the Brotherhood finally began receiving nationwide attention towards the end of the decade after the publish of Heavy Days. Although technically their fifth album, it is often cited as being the very first. Shortly after Jeff the Brotherhood collaborated with Best Coast on an album released by Volcon, and later published a live release on Jack White's label Third Man Records.

During 2012 Jeff the Brotherhood collaborated with the Insane Clown Posse and provided instrumentation on their single "Leck mich im Arsch" for Third Man records, a re-imagining of a Mozart classic which Jack White was the producer of. A live album recorded at United record Pressing was also released, titled “Record Store Day - Upstairs at United, Vol 3”

Shortly after, Jeff the Brotherhood was approached by Dan Auerbach and Warner to publish their studio album, Hypnotic Nights, which was recorded in their hometown of Nashville. NPR music was kind enough to stream the entire album upon release which allowed a massive amount of exposure to our home state.

Wasted on the Dream

Jeff the Brotherhood had been in discussion with Warner to release another album for the label in 2015, but unfortunately due to conflicts with the initial cross-label deal in February 2015, Warner decided to drop the band from the label, and a month later, the album was instead released by Infinity Cat.

Wasted on the dream would feature guest appearances from the Raconteurs / Greenhornes' Jack Lawrence on bass guitar, Best Coast's Beth Cosentino, Evan Bird and Emmet Miller of DP, as well as an unforgettable performance from music veteran Ian Anderson of Jethro Tull, providing an amazing solo on the track “Black Cherry Pie”.

For Jeff the Brotherhood's latest summer tour, two additional members were added to the group, allowing for a larger sound and to help rid them of the monotony of going on tour as a two man band over the course of 15 years. Kunal Prakash was introduced as secondary rhythm / lead and Chet Jameson was added as our first ever bass guitarist.

Kent Osborne is a multi-instrumentalist, rapper, and lyricist. The Atlanta-native migrated to Nashville in 2016 while pursuing his music career.   Osborne grew up playing music and learning various instruments, all while being surrounded by the rich history of the Atlanta music scene. The city’s affinity for hip-hop rubbed off on him, giving him influences like Childish Gambino , Kendrick Lamar , and OUTKA$T. With the foundations of hip-hop tradition, he began branching out into rapping about atypical themes and topics. While currently offering the sound of hip-hop with lyrical content that is more relatable and grounded.   “I don’t represent the Trap side of Atlanta. I feel like I represent the average guy who has the same problems as anyone else. The goal of my music is to be therapeutic to people. I want to have a song that fits any mood someone is in. A song for when your sad, a song for when you’re just smoking a cig by yourself, and of course a song for when you are tryna get lit,” says Osborne.   Along with writing and producing his independent works, he is in Nashville band, Thank You Please.. The acts range from metal rock to rap— a true testimony to the diversity of Osborne’s skills and interests. Osborne is looking to book shows, discuss opportunities, and talk to press. Please use the contact information below with any inquiries. 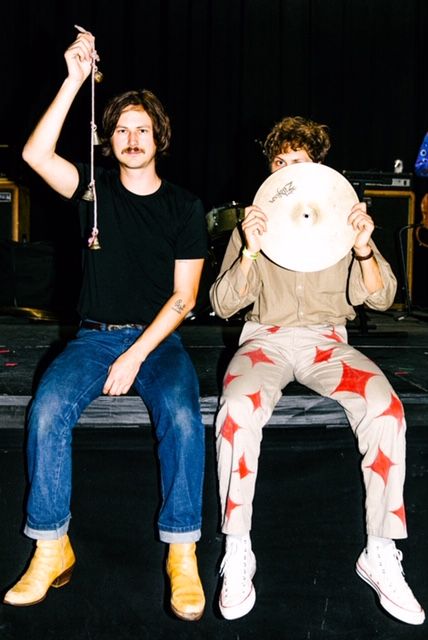