Award winningGospel artist and musician Jonathan McReynolds continues to share his music,heart, and journey with all of his family, friends and fans as he travels theworld professing the gospel through a beautiful and inspiring song ministry.

As he continuesto garner the fellowship and support of fellow talented musicians and singerssuch as Lalah Hathaway, Kirk Franklin, Stevie Wonder, H.E.R, Maverick CityMusic, and many more, Jonathan McReynolds has created a distinct standard forwhat it means to be Christ led and how to live a full life while still honoringGod. At just 31 years old, Jonathan uses his incredible voice and beautifully,brutally candid approach to songwriting to reach the ears and hearts of fansworldwide.

In April 2020,Jonathan McReynolds released a transparent, thought-provoking album entitled“People”, with the single gaining notoriety, being sung, tweeted, and sharedall over social media. “People” allowed Jonathan to express his feelings aboutthe influence, opinions, and effects of people in his life and throughout hisbudding career. The album also includes the single that made Jonathan acertified Grammy Award winner, Movin’ On featuring Mali Music.

In May 2015,Jonathan attained his Masters of Arts in Biblical Studies from MoodyTheological Seminary. Jonathan uses his education and experience to shareknowledge and wisdom to help us see God in a new perspective. He has a greatdesire to have a genuine, positive impact on society far beyond the musicindustry. With that, he is an adjunct instructor at his alma mater ColumbiaCollege, an official contributor to Huffington Post and the founder of ElihuNation, a nonprofit organization that promotes wisdom and has awarded over $40kin scholarships for youth. Jonathan McReynolds has also been honored as a memberof Mensa, an international high IQ society.

Jonathan continues to break major grounds in thegospel music industry. In March 2018, his one hour TV special aired multipletimes on TVOne and Jonathan was the first in his genre to form a majorpartnership with Tidal Music. His appeal stretches across generational,cultural, and musical lines. Over the span of his career, Jonathan McReynoldshas had the pleasure of gracing such stages as Black Music Honors (2018), BETCelebration of Gospel (2014, 2016), Essence Fest (2014, 2015), 106 & Park,Stellar Awards (2015, 2016, 2018, 2019, 2020, 2021), Joyful Noise, Revolt TVLive, and the Dove Awards. In addition to headlining monster shows reaching asfar as Oslo, London, and Port-of-Spain, Jonathan has already headlined two soldout American tours spanning 33 cities, has toured with India Arie and LalahHathaway, and recently starred in the BET Original movie “Favorite Son”.Jonathan’s latest monumental accomplishment is being named the winner for BestGospel Performance/Song for the hit single Movin’ On at this year’s GrammyAward celebration.

Everygeneration, an artist of astounding talent comes around, bringing anexhilarating and exceptional sound that shakes up the industry. Mali Music isthat artist. His dynamic musical genius and undeniable creativity proves he isblessed with a gift that is hard to duplicate. Mali Music is more than acontemporary gospel artist with an R&B foundation, he is an anointed forceof nature, and his expressive, soulful, and beautifully rich body of work is atestament to that.

Withhis latest album The Book Mali, slated for release later this summer,the GRAMMY®-nominated singer/songwriter/musician/producer is poised for evenmore success. The 12-track compilation (the first project under the partnershipbetween Mali’s imprint K Approved Enterprises and RCA Inspiration) is abreathtaking collection of Mali’s most candid, soul-stirring work to date. Fullof bold, hypnotic beats, and compelling, emotive lyrics, The Book of Malinot only showcases Mali’s growth as an artist, but also as a man of profoundfaith and reflection.

Thealbum’s first single, “Let Go,” is a thought-provoking track, written by Mali andproduced by David “D1” Grant, Jr., that tackles the everyday temptations peopleface and how the power of God can help overcome them. Grant also lends hisproduction prowess to “All Nite,” a high-energy, soul clapping track, that hasthe ability to transport any listener to the front pews of a church during a lengthy,vivacious praise session, as well as the “Lord’s Will,” another banger on whichMali croons, “I get it done ‘cause it’s the Lord’s will/Told me He wouldcome, I trust the Lord still/Any other spitting, it’s the Lord’s will/Quick tosay you won’t, I know the Lord will.”

Thereare so many gems on The Book of Mali and each song, all penned by Mali,is an expressive chapter into his brilliant artistry. “World Record,” (alsoproduced by Mason) is an enchanting, introspective drill-inspired track whereMali sings, “World record, record for the world, quick to take the wrongsand correct it.” The ballad “Cry,” in which Mali shows his incredible guitarskills, is one of the most riveting, visceral songs on the album. “I am led bythe spirit of God, and it was just me on the guitar in the studio and thelyrics were there,” he says. “When I got to chorus, and the adlibs began tocome and the tears began to fall, I could just see the world really forming.”

Malisays The Book of Mali is a cool story with songs so full of depth thatyou just can’t breeze past them, but actually, his entire catalog is comprisedof songs you can’t just breeze past. With rousing, uplifting lyrics overgritty, raw beats, Mali’s remarkable vocal range and his unique and versatilemix of gospel, R&B, and hip-hop, takes each listener on a transcendent,spiritual ride that is powerful and unforgettable. In 2008, as an undergroundartist, he released his independent debut album, The Coming, followed byhis valiant sophomore effort, 2econd Coming, a year later. In 2014, Malidropped the powerfully moving and critically acclaimed Mali Is…, hisfirst mainstream album after inking a deal with ByStorm Entertainment/RCARecords. The album peaked at number 2 on the Billboard and R&B chart and earnedMali a GRAMMY® nod for Best Urban Contemporary Album and Best GospelPerformance/Song for “Beautiful,” the stirring and affective lead single. MaliIs helped Mali successfully bridgethe gap between the secular and sanctified, followed by the Transition ofMali in 2017, which exhibited his evolution as an artist expanding outsideof his gospel background.

Bornin Phoenix, Arizona, to a military mother, Kortney Jamaal “Mali Music” Pollardmoved around a lot as a child before settling in Savannah, Georgia, andestablishing his roots at a local church, where his love for gospel music andperforming were born. He longed to play the keyboard in the church’s band andthe fact that he didn’t know how to, did not stop him. “I didn’t even have theability to play the piano, but I knew that I had a gift and a level ofexcellence set in me by the spirit of God,” he says. “I was one of the kids waitingin line to play the keyboard and drums with six guys in front of me. I just hadthis urge to serve the Lord with my music.”

Atthe age of 11, a pastor finally gave him the opportunity he yearned for. “He gaveme the chance to play although I knew nothing,” Mali remembers. “I live for theLord, so I didn’t even care if learning to play was difficult or not.” Hebecame part of the band, taught himself to play the keyboards and drums, and by12 years old, Mali was creating and arranging his own material as his church’sminister of music, never missing a single rehearsal or church service. It wasthat drive, resolve, and focus that would eventually help open doors for Mali.

Hebegan writing his own material with aspirations of his songs one day hittingthe radio waves. Once he received Pro Tools digital audio software for his 16thbirthday, he produced CDs containing his original songs and gave them out tofamily and friends. Soon after, he began uploading his songs to MySpace, wherehe developed a large following, as well as Facebook. With the help of hismother, who became his manager, Mali began performing at various venues andshowcases, determined to familiarize the world with his eclectic, refreshingsound. He took a courageous step and released his first two albumsindependently, but it was his momentous performance at the 2011 BET Awards onthe Music Matters stage that captured national buzz and helped him landmeetings with Akon and other music executives impressed by Mali’s indisputabletalent. Two years later, all the hard work paid off when he signed with ByStorm Entertainment/RCA, headedby the illustrious producer/manager Mark Pitts, who helped bring Mali into themainstream with the release of Mali Is.... That also led tocollaborations with artistssuch as Snoop Dogg, Jazmine Sullivan, Tye Tribbett, Lecrae, Kim Burrell, andJhene Aiko on the track “Contradiction,” for the soundtrack of Spike Lee’s2015 film, Chi-Raq.

Maliis now on his way to becoming a household name, if he isn’t already. With hisnew album and his exciting partnership with RCI Inspiration, Mali Music is enthusiasticand ready to take his career to the next level. “RCAI told me, ‘Mali if you’regoing to create content, we’re going to put a bow on it and release.’ That isso beautiful and powerful to me because it says I don’t have to prove myself tothem. And that made the partnership worth doing,” he says.

Accordingto Mali, The Book of Mali is much different than his previous albums. “Imade it differently and I wrote the hell out of it. I spent a lot of time withthe words and I believe all of the songs are going to invoke the response, ‘Heis different, Mali is growing,’” he says. “I am encouraging people to gothrough the album like a book. It has one title, one thesis, but several strandsto the story. It’s like healing, in the form of a book.”

MaliMusic, who hopes to one day preach and oversee a facility where there isconstant worship, is a gospel artist first and foremost, but he will not be putin a box. He loves the freedom of creating amazing music, no matter if it has agospel, R&B, hip-hop, or rock feel to it. As long as it lifts the soul,that’s all that matters. “What I love the most about my career overall, is thefact that I’ve had the opportunity to deliver sentiments that I am OK withliving on forever,” says Mali. “I’m so happy with my work and so pleased withthe music I’ve been able to release. I have the chance to continue the work andthat is a blessing from God.” 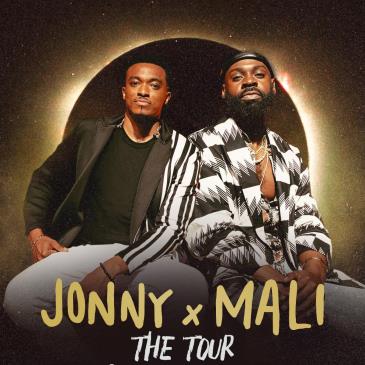